"The greatest hindrance to knowledge is our adjustment to conventional notions, to mental cliches. Wonder or radical amazement, the state of maladjustment to words and notions, is, therefore, a prerequisite for an authentic awareness of that which is.

"Standing eye to eye with being as being, we realize that we are able to look at the world with two faculties — with reason and with wonder. Through the first we try to explain or to adapt the world to our concepts, through the second we seek to adapt our minds to the world.

"Wonder rather than doubt is the root of knowledge. Doubt comes in the wake of knowledge as a state of vacillation between two contrary or contradictory views, as a state in which a belief we had embraced begins to totter. It challenges the mind's accounts about reality and calls for an examination and verification of that which is deposited in the mind. In other words, the business of doubt is one of auditing the mind's accounts about reality rather than a concern with reality itself; it deals with the content of perception rather than with perception itself.

"Doubt is not applied to that which we have an immediate awareness of. We do not doubt that we exist or that we see; we merely question whether we know what we see or whether that which we see is a true reflection of what exists in reality. Thus, it is after perception has been crystallized in a conception that doubt springs up.

"Doubt, then, is an interdepartmental activity of the mind. First we see; next we judge and form an opinion and thereafter we doubt. In other words, to doubt is to question that which we have accepted as possibly true a moment ago. Doubt is an act of appeal, a proceeding by which a logical judgment is brought from the memory to the critical faculty of the mind for re-examination. Accordingly, we must first judge and cling to a belief in our judgment before we are able to doubt. But if we must know in order to question, if we must entertain a belief in order to cast doubt upon it, then doubt cannot be the beginning of knowledge.

"Wonder goes beyond knowledge. We do not doubt that we doubt, but we are amazed at our ability to doubt, amazed at our ability to wonder. He who is sluggish will berate doubt; he who is blind will berate wonder. Doubt may come to an end; wonder lasts forever. Wonder is a state of mind in which we do not look at reality through the latticework of our memorized knowledge, in which nothing is taken for granted. Spiritually we cannot live by merely reiterating borrowed or inherited knowledge. Inquire of your soul what does it know, what does it take for granted. It will tell you only no-thing is taken for granted; each thing is a surprise; being is unbelievable. We are amazed at seeing anything at all, amazed not only at particular values and things but at the unexpectedness of being as such, at the fact that there is being at all."
— Man Is Not Alone 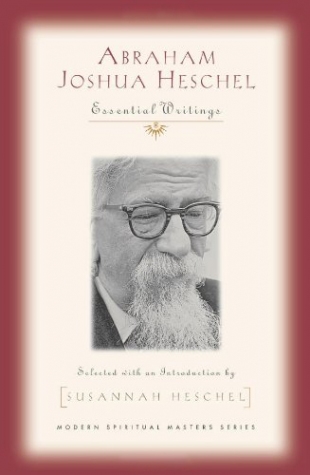