The Art of Immersion How the Digital Generation Is Remaking Hollywood, Madison Avenue, and the Way We Tell Stories

By Frank Rose
Frank Rose on how social media is powered by empathy.

"Both Boyd and The Office make clear that the function of this emotional radar is to keep us from running aground. Being social animals, we need social feedback to keep our bearings. Fortunately, we seem to derive as much benefit from providing this kind of information as we do from receiving it.

"The most obvious thing we get is status: telling a story, (almost) any story, gives us an opportunity to claim the attention of people around us. So we compete to tell stories, to fill in the details of other people's stories, to offer our own comment. And we get a payoff in the form of an ego boost.

"There are other advantages to providing social information. When we share stories, we strengthen our links to other people. Within a group — any group, from family to office to cult — stories establish norms and articulate a defining myth. Gossip is useful because it sets the bounds of acceptable behavior, but that's not why we love it — we love it because it gives us the thrill of sharing pseudointimate details of other people's lives while subtly (or not so subtly) expressing our disapproval. Both as tellers and as listeners, we use stories strategically and selectively to advance our goals. Sometimes we lie. And yet, as Boyd observes, 'In the long run we serve our own interests best by earning reputations as tactful tellers of reliable, relevant, and, we hope, sometimes riveting reports.'

"For most of the twentieth century, there were two quite distinct modes of storytelling: the personal and the professional. The stories we told informally — on the phone, at home, at work — existed in an entirely different realm from the professionally produced narratives on TV and at the movies. But where once there was a divide, now there's a blur. Blogger, Flickr, YouTube, Twitter — each of them encourages us to express ourselves in a way that's neither slickly professional nor purely off-the-cuff. Half a billion people have taken to Facebook because it lets them tell their stories, with all that that entails — the ego boost, the status bump, the strategic positioning. But it also connects them to a different side of storytelling, one that's focused not on any direct advantages it might offer but on the link it forges with the audience.

" 'Social media is powered by empathy,' remarked a panelist during a discussion at the Futures of Entertainment conference at MIT. It was November 2009; Henry Jenkins had gathered a couple hundred academics and practitioners in a classroom on the school's blandly functional campus for his annual conference on transmedia storytelling. Empathy? Really? It seemed a startling assertion. Had this guy — David Bausola, a London entrepreneur — somehow not heard about the coarsening of social discourse, the rampant flaming and general Web-induced civilizational decline engendered by anonymous online commentary, ubiquitous piracy, and assorted other Net-native ills?

"Empathy is a hotly debated topic these days. In May 2010, six months after the MIT conference, a paper presented in Boston at the annual meeting of the Association for Psychological Science made the case that empathy among college students was on the wane — dramatically so, in fact. Sara Konrath, of the University of Michigan's Institute for Social Research, analyzed the results of 72 studies conducted from 1979 on and found an empathy drop, so to speak, of approximately 40 percent — most of it occurring after 2000. She arrived at this figure by plotting students' responses over the years to a standard battery of statements: 'I am often quite touched by things that I see happen.' 'I would describe myself as a pretty softhearted person.' That sort of thing. Though she speculated about the reasons — media saturation, violence in video games, a tune-out factor encouraged by social media, fame fantasies fed by reality TV — it was clear that no one could provide a real explanation at this point. Konrath hopes to address the issue in future research.

"Until then, it will be difficult to know what to make of her results, but the idea that social media is responsible for an empathy deficit seems suspect. Citing actual examples instead of number-crunching surveys, one could at least as readily argue that mass media — radio and television in particular — stoke fear and anger while social media promote empathy. Consider the case of MadV, who in 2006 posted a 41-second video on YouTube in which he wrote 'One World' on his palm and invited people to respond. It quickly became the most responded-to video ever posted on YouTube. Michael Wesch, the anthropologist at Kansas State, cites examples like this when he depicts YouTube as a global forum that enables people to sit alone in a room and commune with strangers from across the planet. 'It comes down to your horizon,' he says. 'Who do you include in your in-group? I would guess there are more people who consider the whole planet in their in-group than ever before.' " 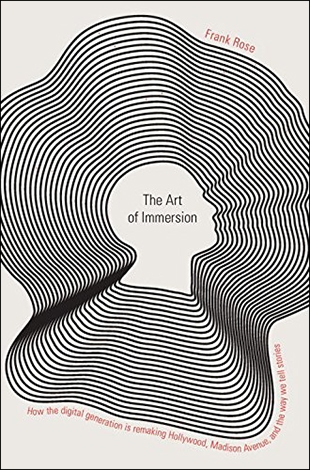