Fruits and Gifts of the Spirit

By Thomas Keating
Thomas Keating on the spiritual practice of fortitude in the martyrdom of the seven Trappist monks in Algeria.

"An eminent example of the exercise of the Gift of Fortitude is the martyrdom of the seven Trappist monks of the monastery of Our Lady of Atlas in Tibhirine, Algeria, in 1996. The monastery had been in Algeria for sixty years, serving as a Christian witness within the Islamic country. After the Algerian government canceled an election in 1991 that it was likely to lose, there was great unrest in the former French colony. Some Islamist groups, who had been likely to win the election, took up arms against the government, and the government in turn took steps to eradicate them. By 1995, the number of dead had risen to 50,000 — a number that included at least a hundred foreign nationals as well as several priests and religious. The monks of Our Lady of Atlas, who took no sides in the conflict, decided to stay, even when the situation became very grave. Their leader, Dom Christian de Cherge, stated:

" 'For this is what I shall be able to do, if God wills: Immerse my gaze in that of the Father to contemplate with him his children of Islam as he sees them, all shining with the glory of Christ, fruit of his Passion, filled with the gift of the Spirit, whose secret joy will always be to establish communion and to refashion the likeness in playing with the differences.'

"On the night of 26 and 27 March 1996, men came to the monastery and abducted seven of the monks. Holding the monks hostage, the abductors demanded the release of rebel hostages held by the government. This was not done and, on 23 May, Cardinal Lustiger of Paris extinguished the seven candles he had lit seven weeks earlier as a prayer for the release of the hostages. A week later, the mutilated remains of the seven were found by the side of the road.

"The horrified response to the abduction and death of the monks was widespread, with condemnations from Muslims and Christians around the world. Yet what the Algerian martyrs brought about is quite extraordinary. In many parts of the world, especially in Europe, their witness became prominent. It was, and remains, an answer to the enormous questions that arose in the wake of the tragedy of Rwanda, where eighty percent of the citizens were massacred, and where the people doing the killing were Christians — indeed, mostly Roman Catholics.

"What the Algerian martyrs have done is to suggest by their lives and martyrdom a new way of being a missionary. They have also pioneered a new way of being monks and nuns in a cloister. Their lives have a significance that vastly transcends their particular time and place. They are exemplars of a new vision of missionary endeavor that involves not so much converting people to Christianity as fostering communion among the people with whom we live, and manifesting respect, understanding, and appreciation of their religion. Such dispositions are the only way to bring to an end to the wars and antipathies that have existed between different religions and sacred traditions since history began.

We are now moving into a global culture, a pluralistic world society where grandiose plans for our own particular religious persuasion are either out of date or inappropriate. To this situation, the Algerian martyrs speak with great power. They did not wish to become martyrs. They simply wanted to have dialogue with their impoverished Muslim neighbors, whom they knew were loved by Christ to the point of his laying down his life for their salvation. They wanted to manifest by their own lives the infinite love of Christ for their Muslim neighbors. To do this, they engaged in the study of the Koran with them without any effort at conversion. They supported a clinic — they had a doctor in their community — provided agricultural know-how, and gave generous hospitality to everyone who came to their guesthouse.

"For three years prior to their martyrdom they knew they were risking their lives by staying in their monastery. More precisely, they were risking their lives by continuing to serve their Muslim neighbors and living as one of them. The Koran affirms that holy men living in solitude may not be mistreated, but this protection is not extended to those who participate in the ordinary lives of the people among whom they live. The monks thought through, in their own conscience and in the course of many community discussions, what it meant to remain there. Friends and other missionary associates had already been killed by Islamic extremists. The monks knew what they were facing, but they were dedicated to continuing the dialogue of presence to their neighbors, even in the face of imminent persecution. Without intending to, they pioneered a new kind of dialogue that might be called 'dialogue unto death.' This phrase reflects, it seems to me, the profoundly dialogical character of the Gospels.

"The Algerian martyrs refused to judge or condemn anyone: the killers and those who were killed, the oppressors and those who were oppressed. For them, the human family consisted of brothers and sisters — no enemies, not even friends. Their insight was that the world is advancing toward global unification in such a way that the teaching of Jesus — 'that all may be one' — is at last coming into full focus. According to Paul, God wills all to be saved. Thus, God must relate as father and mother to every human person." 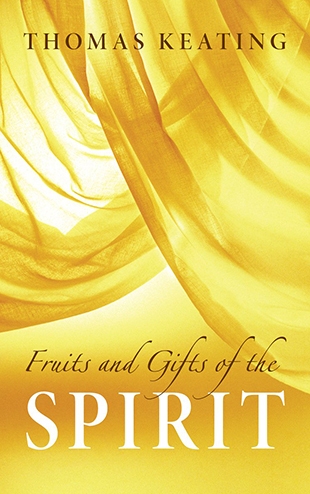