Streams of Contentment Lessons I Learned on My Uncle's Farm

"A French proverb cautions: 'What often makes us discontented with our condition is the absurdly exaggerated idea we have of the happiness of others.'

"I once had a patient who was discontent with his life although he had good health, a terrific wife and child, a thriving business, a house he owned outright, a fancy car, and rental properties. As I spent time with him I began to see that the reason he was so unhappy was that he would always make comparisons with others whom he saw as wealthier or seemingly happier.

"We all have a tendency to compare ourselves with those we think have it better. We even buy magazines that feature such people, their houses, automobiles, boats, or other possessions.

"It only dawns on us that such comparisons are foolish when we see others close up. Given my profession, I have worked with some who are famous, wealthy, and generally fall into the category of those whom the rest of us might be tempted to envy. The reality is they may have more stuff in their lives, but most of them spend a great deal of time protecting it rather than enjoying it. In contrast, many of us who are less important do have the time and freedom to enjoy what we have because we don't have to continually look over our shoulders to ensure no one is going to take it away.

"Those who are worth emulating rather than envying are the people who have a spirit of serenity to enjoy all that they have been given and willingly share it freely with others without expecting anything in return. In this case, we seek to let their example inspire us, rather than be a comparison that deflates us. We can then incorporate into our lives good attitudes and activities such as taking a few moments each day to sit in silence, solitude, and gratitude; not worrying so much about our reputation; and appreciating what is, rather than what might be.

"When you find yourself comparing yourself to others, take a step back so you can refocus yourself in a way that inspires rather than deflates. If you see someone who is good in many ways, let yourself be inspired to make little changes in your own behavior. If you see someone who has so much more than you, think about the many, many people who have not had a life as fortunate as yours. How we compare is the key to this practice. Remember that when it comes to contentment, the people who think money, good fortune, fame, and other such things represent real wealth often fail to be satisfied by their success. One of the themes of this book is: your ability to enjoy what is already available to you is an attitude of contentment. As a rabbi once said, 'My gift is that I recognize I need something only after I already have it.' " 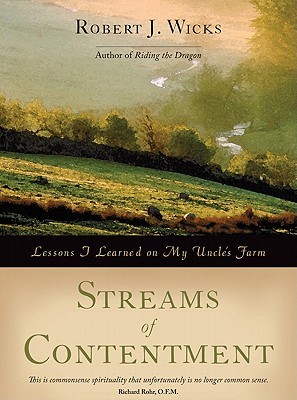