Chronicles of Tao The Secret Life of a Taoist Master

By Deng Ming-Dao
Deng Ming-Dao on how Master Kwan Saihung created a life with rich beauty in his imagination.

"Over the following weeks, Saihung tried to fit back into temple life, but his confusion and disappointment hampered him. The contemplation of ascetic austerities discouraged him. He looked at the older priests. Although they had starved, sacrificed, and devoted themselves earnestly to lives of purity, it was still uncertain that they would succeed. They looked bad: wrinkled, stooped, but carrying on year after year with undiminished faith. As far as he could see, they had nothing to show for it. Saihung decided to leave the mountain.

"He wanted to travel and search, but he knew that he needed a goal, a guiding star, a role. He considered martial arts, but there were no more knights. He considered returning to his family, but the life of the aristocracy was fading. He finally understood that all he really wanted to be was simply an independent traveler, a connoisseur of art and life. Here was his goal.

"He would make of his mind a palace, a rarefied place where the utmost goal was beauty. This mind-palace would be a vast place to stroll in tranquillity and appreciation. He would have gardens to linger in, rich foods to savor, collections of fantastic art objects, exquisite furniture made by expert craftsmen, and unusual and accomplished people to talk to. Room after room would be dedicated to the pursuit of some special activity, each one a sensitive balance of beautiful furnishings, each one filled with art for contemplation.

"For him, beauty transcended the mediocrity of the world. If he feared anything, it was to sink into the morass of banality that normal people called 'the good life.' He abhorred the possibility of a life without rich beauty. He could not contemplate living without appreciating and absorbing the highest achievements of humanity, art, and knowledge. He wanted to possess both, to collect them, keep them, and arrange them in his palace.

"Art could be bought. Fine porcelains, rare antiquities, paintings, old books, handmade furniture — all could be bought and skillfully placed in his orderly interiors. Knowledge was a little different. It had to be studied, learned, and experienced in order to be possessed. It was elusive. It could fade away if not maintained, whereas an object would just gather dust. He needed that stimulation.

"All the pieces of his life seemed to fall into place. All the diverse interests could be organized. He could finally see how everything would have a fine proportion in his life. His body would be the landscape, his thoughts the vermilion walls, his eyes the Gate of Heavenly Peace. Within the pavilions and courtyards, he could practice his martial arts. In the high towers, he could even meditate. In the splendor of his mind, there would also be people, those who especially helped him or those whom he simply met in his travels and brought back to live with him. Each one would have his own pavilions, his own gardens. There would be his master and classmates, indeed the whole of Huashan in one part of the palace, his family would be in another. People like Du Yueshen would be there because they had above-average lives. Butterfly, the Tigress, even the Tang poets, would come alive again." 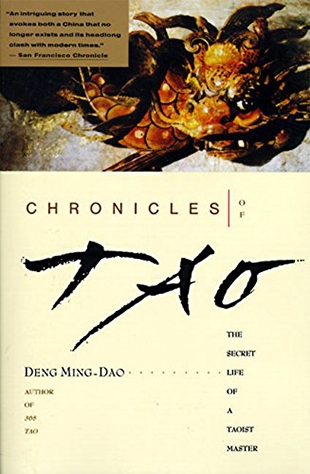