Saving Civility 52 Ways to Tame Rude, Crude and Attitude for a Polite Planet

"The Internet, which has become a nearly indispensable global communications tool in only a few short years, has afforded many positive benefits, far outweighing its drawbacks. Whatever your personal view, it is fair to say that the Internet, in all its forms, has altered the way that most of us communicate interpersonally.

"In July 2010, the Pew Research Center issued a report, 'The Internet and the Future of Social Relations,' based on 895 respondents, 371 of whom were technology experts. Asked to project, in 2020, whether the Internet will have produced a mostly positive or negative effect on the larger picture of their social relationships, 85 percent foresaw the Internet as a positive influence.

"Less face-to-face time, however, was one mentioned downside, with the residual effect of more superficial relationships and a greater tendency toward isolation. Privacy is all but eliminated, as a form of global voyeurism opens the door to public scrutiny. The Internet is also seen as engendering intolerance, according to the report. That intolerance is visible in instant messaging and smear campaigns that can range from direct one-on-one bullying to the widespread distribution of lies and half-truths. When anonymity is a factor, the invisible writer can blaspheme and destroy reputations or spew vulgarities and ugly comments without restraint, which is not unlike any other bad behavior whereby offenders think they can 'get away with it' because they neither know nor see the targets of their actions.

"Lack of civility is actually driving some people away from certain forms of Internet use. In June 2010, the global public relations firm Weber Shandwick released a poll, conducted in conjunction with Powell Tate and KRC Research, of one thousand Americans who were asked how civility affected their views on social networking, politics, media, and buying behaviors. Thirty-four percent reported that they were 'tuning out' of online sites, with almost 40 percent of those doing so largely due to incivility. Asked to rate the civility of eighteen different areas of daily life, 51 percent found blogs to be the most uncivil, followed by social networking sites (43 percent), and Twitter (35 percent). Incivility on blogs was attributed largely to anonymous posts; by comparison, respondents perceived social networks as more personal, attracting people with shared interests and providing accountability in terms of who is speaking. However, the poll revealed defections from those sites as well, due to uncivil behavior or comments." 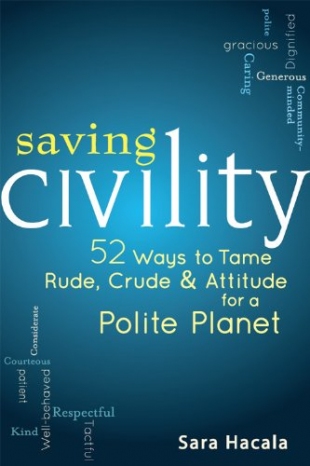