By Lisa Kemmerer
Lisa Kemmerer on animals in indigenous traditions being seen as part of one's extended family.

"Because indigenous peoples consider anymals (and often plants and earth as well) to be part of their community, indigenous peoples tend to respect the totality of the natural world. Kinship entails certain proper and required behaviors, whether one is dealing with a transparent sea cucumber (recently 'discovered' deep in the ocean) or the United Kingdom's great crested newt (which stands dangerously close to extinction because of human population expansion and agricultural development).

"Waswanipi people (Canadian subarctic) recognize that all creatures are 'bound together,' not only through 'common mythic origins,' but also by their 'kindred "human" qualities, their capacity for consciousness, [and] their inherent and unquestioned "social" worth'. This recognition of anymals as inherently valuable entails human responsibilities. Consequently, indigenous ethics do not generally focus only on (or apply only to) human beings. Instead, they teach interspecies moral codes that help humans to live harmoniously and peacefully among other anymal communities. Because anymals and humans are kin, because anymals are recognized as people, indigenous myths frequently teach human responsibilities with regard to the extended family of beings.

"The Yup'ik people of northwestern Alaska consider anymals — from polar bears to ring seals (once endangered by hunting, now endangered by global climate change) — to be part of their moral community. In the Yup'ik understanding, part of maturity as members of an interdependent, interrelated, interspecies community is to learn how to behave in the context of shared cultures, that is, to learn how to behave compatibly and respectfully within the diverse cultures of a myriad beings and communities. Similarly, the Koyukon (interior Alaska) uphold 'a code of moral and social etiquette' that extends to all creatures. Indigenous peoples in western Canada speak of anymals 'with the same respect [they] have for humans,' insisting that the forests be protected because anymals 'have a right' to the forests on which they depend for survival. As individuals of one community among many, Australian Aborigines (Northern Territory), have a 'moral obligation to learn to understand, to pay attention, and to respond' to other individuals and communities, whether wallaby or wombats. The peoples of the great plains of North America also felt it necessary to uphold a host of moral obligations across species, including polite communication and 'truthful speech, generosity, kindness, and bravery.' The moral obligations of peoples of the Great Plains extend to all 'beings whom humans meet in their everyday life — the animals, plants,' and nature more generally." 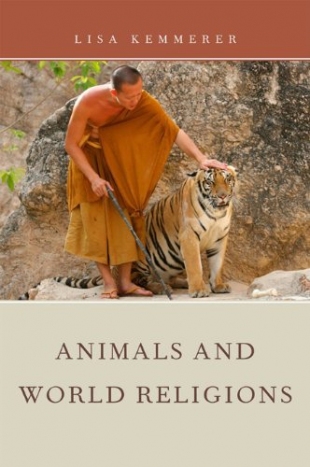