"I learned from a recent poll that a majority of Americans admit that they suffer from loneliness and isolation. One quarter of adults admitted that they had felt deeply lonely during the previous fortnight and this phenomenon appears to be very widespread.

"There are thousands of people on city streets and yet none of them looks at each other. If their eyes cross, they do not smile unless they are meeting formally. People sit next to each other in trains for hours on end but do not talk to each other. Isn't this strange?"

"My sense is that the experience of loneliness is due to two main causes. One is that people have become too numerous. When the world was less populated, we must have been more acutely aware of belonging to the human family, people definitely knew each other better, and the need for mutual support would have been greater. Even today, in small villages people know each other, lend their tools and machines and carry out heavy work together. In the old days, they would get together regularly, go to church and pray together. They had more opportunities to communicate.

"Now that the world is overpopulated, millions of people are crowded into the big cities. Looking at them, one would think that their only concern is to work and earn a salary. Each individual seems to live a separate, independent life. Modern machines give us great autonomy and we have the impression, mistaken of course, that other people are less and less important for our well-being. This situation encourages indifference and a feeling of isolation."

"Another cause behind the experience of isolation, in my view, is that in modern society we are all terribly busy. If we talk to someone, even if only to say 'How are you?' we feel we are losing two precious seconds of our life. We have hardly finished working before we dive into the newspaper. 'Let's see what the news is.' Discussing things with a friend is wasting time."

"When people in a big town or city feel lonely, this does not mean that they lack human companions, but rather that they lack human affection. As a result of this, their mental health eventually becomes very poor. On the other hand, those people who grow up in an atmosphere of human affection have a much more positive and gentle development of their bodies, their minds, and behaviours." 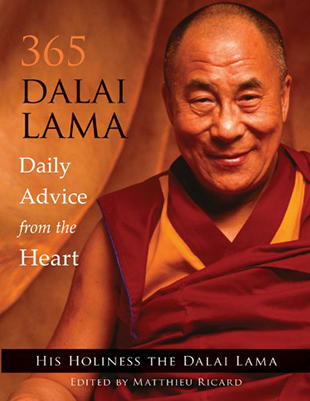