Fast Future How the Millennial Generation Is Shaping Our World

By David Burstein
David D. Burstein on the resiliency of the Millennial generation.

"One word has come up time and time again to describe this generation, both by those in it as well, as outsiders: resilient. Kelsey Swindler, twenty-two, described it this way: 'I see a sense of resilience in the people I surround myself with. And I would say that's characteristic of a lot of people in our generation. A sense that things can change and things can happen. We haven't been jaded yet. Even though we've lived through these terrible moments, they really shaped our consciousness.'

"These major moments of crisis will certainly not be the last of their kind we will see in our lifetimes. Even today, after five years of economic recession, the employment picture remains extremely challenging for young people. But given what we have been through and our positive responses, it seems that our resilience will be one of our strongest assets as we move from our formative years into our more mature years. A New America Foundation Report noted, 'Millennials are becoming adults during a post-2000 decade bracketed by national emergencies (9/11 and the financial crisis of 2008) which are clearly reversing' the emphasis on individuals over communities which dominated the previous generation. Dave Verhaagen, a child and adolescent psychologist and author of Parenting the Millennial Generation, adds to the consensus, remarking that 'going through adversity is something that can potentially strengthen the character of a generation. . . . They've seen the worst terrorist attack in U.S. history, the worst natural disaster in U.S. history and the worst mass killing ever. . . . They have a more realistic view of the world than previous generations.'

"In the face of a depressing and catastrophic recession ongoing since 2008, the Pew Center found that while Millennials are not 'happy with their current economic circumstances, they remain highly optimistic about their financial future.' The study found that 88 percent of Millennials believed that, although they didn't earn enough at the moment, they would be able to live good middle-class lives in the future. This compared with only 46 percent of Boomers who shared such optimism. In the midst of major economic upheaval, this calm, confident, and optimistic attitude will be an important force in leading this generation out of these deep challenges.

"These generation-defining events took place as we were forming our identity, consciousness, and values. As a result, they cast a long shadow of influence over who we are today. This illustrates one of the primary ways that Millennials approach the world: we understand realities as realities, while remaining determined to pursue our own goals, and to find our way regardless of what people around us might be saying. We're unfazed by faux controversies and distractions. We don't waste time on debates about whether technology is good or bad, we just maximize its benefits while acknowledging that the Internet, like everything else, has, risks. We don't live in total fear because of 9/11 or Columbine; we understand the world better and remain determined to do our part to make it a more livable place. We don't write off all politicians because we've seen a string of them in sex scandals. This view of the world is another manifestation of our pragmatic idealism. It's a mindset that has allowed us to succeed throughout our very stormy formative years — and one that will allow us to succeed in the face of whatever might come next." 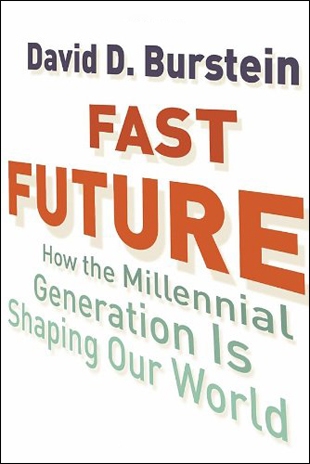