Ask the Beasts Darwin and the God of Love

"Christian faith affirms that human persons are brought into new life, enfolded in a communion of love, even to the point of being 'face to face' with the unspeakable mystery of the living God. Can an analogous fulfillment be predicated of species and individual organisms which are not human beings? As Denis Edwards asks in an immensely helpful essay, 'Do individual sparrows and kangaroos participate in their own way in redemption in Christ?'

"In this debate some thinkers such as Rolston propose that insofar as the death of creatures provides nutrients for others to live and the extinction of species provides living space for new forms of life, nature is being continually redeemed. Redemption need not involve new life for an individual creature. The reemergence of life in others is an extraordinary value and recompense enough for any organism's suffering. Viewed theologically, he contends, the way of nature is the way of the cross in which life comes from death. As creatures struggle, they suffer through to something higher; God is working throughout the whole process to bring about a fullness of life. Others such as Southgate argue that this view stops the meaning of redemption too soon. The new generation of another creature is not enough to make things work out all right, especially in face of the unthinkable scope of suffering over millennia. We need to stake a claim, he contends, for the future of species and even the individual organism by introducing in broad eschatological terms God's saving will toward all creation.

"To my way of thinking, a case can be made that for God to love the whole means to love every part. Hence to save the whole means to save every individual, every bear. I suggest that this position is based on core truths of faith and coherent with their dynamism. To wit:

"• The living God creates and cares for all creatures.

• This love encompasses all creatures even in their suffering and dying.

• These creatures are part of the flesh of the world which the Word of God joined via incarnation.

• The death and resurrection of Jesus offers hope of redemption for all flesh.

• The life-giving presence of the Spirit who empowers all creation is also the power of resurrected life for all beings.

"Given the personal presence of divine love to every creature in every moment, and the further revelation of the character of this love in the suffering and hope-filled story of Jesus Christ, there is warrant for holding that species and even individual creatures are not abandoned in death but taken into communion with the living God. Nothing is lost. For human beings and other living organisms as well, the promise of final redemption in both a general and particular sense seems fitting in view of the goodness of God whose love treasures every creature.

"How this can be accomplished is beyond what we can figure. Virtually all scholars working on the question include the important reservation that redemptive fulfillment will be appropriate to each creature's own capacities. Reflecting on the hope that the backup pelican chicks left to die through the millennia will find fulfillment in some way beyond death, Jay McDaniel insists colorfully that 'If there is a pelican heaven, it is a pelican heaven.' God relates to each creature on its own terms, and thus its fulfillment will be one that fits its nature. 'Based upon God's wisdom and justice,' writes Edwards, 'I believe that it can be taken as a fundamental principle that redemptive fulfillment of any creature will be specific to the creature involved.' Resurrection entails a radically transformed bodiliness, he continues, and many would think the promise of life to come holds true for their beloved dog. They may well be right, but redemption for a mosquito may be of a different order, 'one that in God's wisdom is fully appropriate to a mosquito.' " 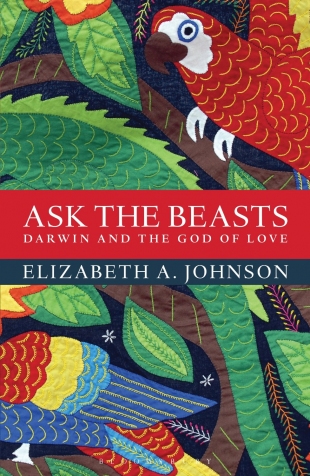