"Several years ago, I preached a sermon on the baptism of Christ within which I remarked that the words that God speaks over Jesus at his baptism: 'This is my beloved child in whom I take delight' are words that God, daily, speaks over us. Some hours later my doorbell rang and I was approached by a young man who had heard my sermon and who was both moved and distraught by it.

"He had not been to church for some time but had gone on this particular Sunday because he had, just that week, pleaded guilty to a crime and was awaiting sentence. He was soon to go to prison. The sermon had struck a painful chord inside him because, first of all, he had trouble believing that God, or anyone else, loved him; yet he wanted to believe it. Secondly, and even more painful, he believed that nobody had ever been pleased or delighted with him: 'Father, I know that in my whole life nobody has ever been pleased with me. I was never good enough! Nobody has ever taken delight in anything I've ever done!' This man had never been blessed. Small wonder he was about to go to prison. . . .

"When I left home as a seventeen-year-old boy, my father and mother blessed me. They made me kneel on the old linoleum floor kitchen, placed their hands on my head, and said the ritual words of Christian blessing. In effect, however, what they were saying to me was: 'We love you, we trust you, we are proud of you, and we send you off with our full spirit. You are our beloved child and in you we are well pleased.' I suspect that had the young man I spoke of above been blessed in the same way by his parents, or by anyone else significant to him, he would not have been on his way to prison. To be unblessed is to be bleeding in a very deep place. 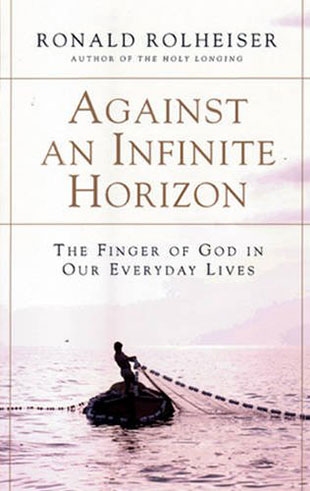