"In a 1928 work, the poet Francis Ponge pondered 'The Pebble.' Ponge sees a long geological process evolving over time, as each and every pebble emerged from a 'single enormous ancestor,' a 'cadaver' that has now crumbled into pieces. We are left with smaller rocky chunks from that initial unity, the greatest of which are 'sown about under woods by Time.' There they crack, smile, and eventually become silent. Along the way, disintegration continues and the rock fragments grow smaller and smaller: a boulder, stone, pebble, sand, 'smaller from day to day but always sure of its form.' While a great wind can uproot a tree but not move a pebble, the pebble itself eventually turns into sand, and dust. Human time, distinct from the extensive unfolding of geological time, allows rocks, stones, pebbles, and sand to appear immutable. Sometimes — as Ponge and William Blake and so many others have demonstrated — we get a glimpse inside the process, the eternity in a grain of sand, arrested in development and devolution. Through this glimpse we encounter the mortal-bound nature of all life. Ponge suggests, 'The great wheel of stone seems to us practically immobile and, even theoretically, we can only understand a part of the phase of its very slow disintegration.' When the stone speaks, and we hear, we realize the inevitability of its and our turn toward dust. Though life spans differ, the stone and the human share this humble trait. Whatever other effects they produce — protection in travel, cosmic wanderings, links to the natural world, marking sacred space, grounding speech — sensual encounters with stones ultimately trigger the human encounter with mortality.

"Along the way, stones just might be teaching us to speak a word or two. At least — if we are listening — they are telling us something about life itself: performing for us, whispering, standing up and down, killing, drawing us near or pushing us away, pointing here and there, reviving, ticking down the moments of eternity, allowing us to stand in awe and contemplation. And in so doing, they are acting religiously. Religions may tell us to take up stones and throw them at each other, but religious traditions also encourage us to stop, look, and listen, to be aware of the nature of everyday existence, of our physical lives and dependence on earthly matter." 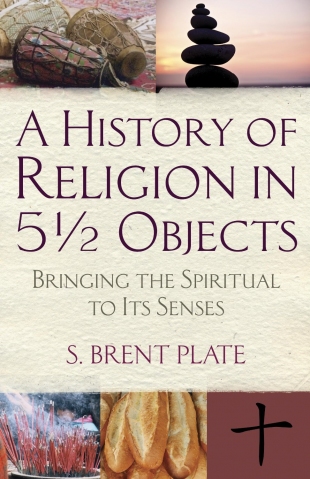