A Broken Hallelujah Rock and Roll, Redemption, and the Life of Leonard Cohen

"You feel the same hum at a Cohen concert that you do in a church or a synagogue, a feeling that emanates from the realization that the words and the tunes you're about to hear represent the best efforts we humans can make to capture the mysteries that surround us, and that by listening and closing your eyes and singing along, you, too, can somehow transcend. We have better poets than Leonard Cohen, and more skilled novelists. Songwriters blessed with greater talent wrote songs and gained fame and withered away. But Leonard Cohen lingers and thrives because he is not really any of these things, at least not essentially. He's something more intricate, the sort of man whose pores absorb the particles of beauty and grief and truth that float weightlessly all around us yet so few of us note. He is attuned to the divine, whatever the divine might be, not with the thinker's complications or the zealot's obstructions, but with the unburdened heart of a believer — it's not for nothing that he referred to himself in song as 'the little Jew who wrote the Bible.' Millennia ago, as we began asking ourselves the same fundamental questions we still ponder, we called men like him prophets, meaning not that they could foresee the future but that they could better understand the present by seeing one more layer of meaning to life. The title still applies.

"So what is the prophet Cohen telling us? And why do we listen so intently? These are the questions at the heart of this book. They're not easy ones to answer: Some themes, like theology or rock and roll or orgasms, often wilt when captured between the covers of a book, and Leonard Cohen's body of work is obsessed with all three in more or less equal measure. To study them without robbing them of their vitality, we need to observe them in their natural environment. Sometimes they are best understood when considered through a particular story from Cohen's life; at others they require more remote meditations. They cut across the fields of Jewish eschatology and Zen Buddhism, Canadian poetry and American rock and roll, lust and lucre. They're not always accessible to reason. But they've given us our man, and with him the license to reconsider the sort of sentiments — grace, redemption — that, until late in our adolescence as a species, took up most of our time and that now, when we're all mature, sound too wild to be relevant and too dangerous to roam outside some intellectual discipline's cage. And the only appropriate thing for us to say in return is Hallelujah." 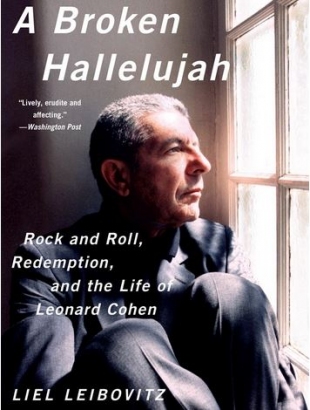