The Next America Boomers, Millennials and the Looming Generational Showdown

By Paul Taylor, The Pew Research Center
Paul Taylor on why marriage in the United States is in retreat.

Why Is Marriage in Retreat?

"Most theories about the decline of marriage start with the impact of structural changes to the economy. The most important of these — the movement of women in the workforce — undid the equilibrium of the male breadwinner/female homemaker template for marriage that had prevailed since the industrial era. At the same time, the development of a postindustrial, knowledge-based economy has diminished the job prospects and earning power of less-educated men, creating a 'marriage market mismatch' at the lower end of the socioeconomic scale. In the old marriage marketplace, a woman needed a husband for financial security. In the new marriage marketplace, fewer women have that need, and fewer men can cater to it.

"Other theories focus on the more intimate realms of marriage. Until not too long ago, marriage was the only socially and morally acceptable gateway to sexual partnerships. The introduction of the birth control pill in the early 1960s helped to pry much of this regulatory authority over sex away from marriage. Adultery remains a taboo, but in an era of 'friends with benefits,' sex among unmarried or never-married adults carries little if any stigma. This has complicated the case for marriage — and not just because sexual desires can now be respectably accommodated without lifetime commitments, but also because it has increased the demand on marriage to provide something even more precious than sex. More so than ever, people want a spouse to be their lifelong companion, emotional soul mate, partner in the journey toward self-fulfillment. Marriage, in a word, is supposed to be built on love.

"But as social historian Stephanie Coontz has observed, love may be the undoing of marriage. At the very least, it has injected an unstable element into the suddenly fragile heart of an age-old institution. For most of its 5,OOO-year history, marriage had little to do with love. Across cultures and centuries, it thrived as a way to propagate the species; establish people's place in the social and economic order; acquire in-laws; organize productive activity along gender lines; extract labor from the young; and distribute resources from parents to children. Only in the eighteenth century, with the spread of market economies and the Enlightenment, did love and mutual self-fulfillment start to enter into marital bargain. Today, arguably, they're the dominant part. But love can be fickle and self-fulfillment a high bar. Can an institution built on love be as durable as one built on the stouter stuff of economic self-interest? As a society, we're conducting that experiment right now. So far, the answer appears to be no.

"In the middle of the twentieth century, the anti-Nazi German theologian Dietrich Bonhoeffer sent a congratulatory letter to some newlyweds of his acquaintance. It contained an aphorism about marriage that reflected an old-fashioned view of the institution. 'It is not your love that sustains the marriage;' he wrote, 'but from now on, the marriage that sustains your love.' Today one would be hard-pressed to find that sentiment expressed anywhere in Western literature or culture. 'If you were to write the same letter to newlyweds now, I don't think they'd have a clue what you were talking about,' said David Blankenhorn, founder and president of the Institute for American Values, a nonpartisan think tank whose mission, among others, is to try to restore what he calls the 'fractured' institution of marriage.

"Other groups have also taken up that challenge, but their contributions so far have been mainly in the realm of diagnosis, not cure. A 2013 research paper, 'Knot Yet: The Benefits and Costs of Delayed Marriage,' did a wonderful job showing how young adults view marriage as a 'capstone' rather than 'cornerstone' arrangement — 'something they do after they have all their other ducks in a row, rather than a foundation for launching into adulthood and parenthood.' Given this new cultural framework for marriage, it's no surprise that it's the high-achieving young adults who are most likely to get hitched. 'Marriage has become a status symbol,' writes Cherlin, 'a highly regarded marker of a successful personal life. . . . Something young adults do after they and their live-in partners have good jobs and a nice apartment.' He noted that in 2012, according to a study by Brides magazine, 36% of newlyweds paid the entire cost of their wedding receptions, and an additional 26% contributed to the cost." 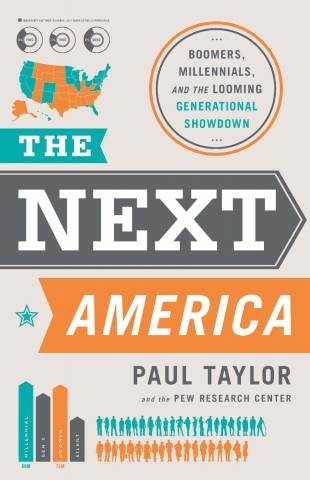