Tales from the Tao Inspirational Teachings from the Great Taoist Masters

By Solala Towler
Chunag Tzu offers a teaching story on the spiritual practice of you.

"A certain carpenter was traveling with his helper. They came to a town where a giant oak tree filled the square. It was huge, with many limbs spreading out; large enough to shade a hundred oxen and its shade covered the entire square. The helper was amazed at the potential lumber contained in this one tree but the carpenter passed it by with a mere glance. When his helper asked him why he had passed up such a magnificent specimen the carpenter replied that he could see at once that the great oak's branches were useless to him.

" 'They are so hard,' he said, 'that were I to take my ax to them it would split. The wood is so heavy that a boat made of it would sink. The branches themselves are so gnarled and twisted they cannot be made into plants. If I tried to fashion house beams with it they would collapse. If I made a coffin from it you would not be able to fit someone inside. Altogether it is a completely useless tree. And that is the secret of its long life.' " 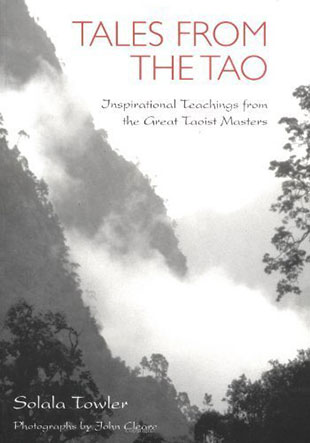