A Person Is Like a Tree A Sourcebook for Tu BeShvat

By Yitzhak Buxbaum
Four anecdotes about having reverence for plants.

Four Anecdotes about Reverence for Plants

"We can illustrate this teaching of reverence for trees and plants by four anecdotes:

"Once, when Rabbi Nachman of Bratzlav was traveling with some disciples and they stopped at an inn, he slept outside because of the nice weather. In the middle of the night, he woke up screaming. When his disciples ran to him, he told them that the inn had been rebuilt with young trees that had not been allowed to reach maturity. And when you cut down a young tree, a sapling, before its time, it is as if you killed a person.

"I [Yitzhak Buxbaum] remember an event of years ago, when I was in a spiritual mood while walking along the Mystic River in the Boston area. I saw two teenage boys fully bending over a sapling. I felt the pain of the tree, which I palpably realized was a living being.

"Once, Rabbi Yosef Yitzchok, the sixth Lubavitcher rebbe, was walking with his father, Rabbi Sholom Ber, the fifth rebbe. During the walk they were discussing the subject of divine providence. As they went along, Rabbi Yosef Yitzchok, who was totally immersed in the conversation with his father, plucked a leaf from a tree, shredded it with his fingers, and scattered it in the wind. Seeing this, his father said to him, 'How can you be so indifferent to a creature of God? The Holy One, blessed be He, created this leaf for some purpose. It has a body and divine vitality. How is its "I" less than your "I" '?

"Rabbi Arye Levin writes in his memoirs that when he made aliyah to Israel and arrived in Jaffa in 1905, the first thing he did was to visit Rabbi Avraham Yitzhak Kook. Rabbi Kook received him warmly and the two shared words of Torah. After an early afternoon prayer service, Rabbi Kook went out, as was his custom, into the fields to meditate and Rabbi Levin accompanied him. 'As we walked,' writes Rabbi Arye Levin, 'I plucked a blade of grass or a flower. The rabbi visibly trembled upon seeing this and said to me, "Believe me when I tell you that my whole life I've never unnecessarily plucked a blade of grass or a flower, because the rabbis say that there is no blade of grass below that does not have an angel above that says to it, 'Grow'! Every blade of grass utters a word, every stone whispers a secret, every creature sings a song!" These words, spoken from a pure and holy heart, became deeply embedded in my heart,' writes Rabbi Levin, 'and from then on I began to feel pity for every creation.' " 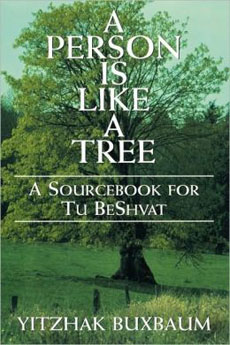