Storytelling and Spirituality in Judaism

"Oral stories commonly undergo changes due to the natural workings or deficiencies of memory. But not every change is bad; since the mind remembers what is meaningful, stories often change in ways that make them more meaningful and better.

"Religious stories always have an underlying purpose, which is to inspire people with faith and communicate wisdom and values. That purpose determines the 'form' the hasidic author was speaking about. For example, when a teacher tells a story to illustrate some point, he naturally emphasizes the part relevant to his theme in a way that changes the shape, the 'form,' of the story.

"Sometimes tales must be adapted because an element in a story might not be understood or might offend a particular audience. Perhaps a hasidic story has an element that a particular group of listeners will not understand. Should the teller leave it in and explain it? Or should he alter or omit it? What I do depends on the individual case and circumstances, the 'need of the hour.' Sometimes it is fitting to simply eliminate the incomprehensible element, other times to briefly explain it, occasionally even to make a digression to explain it — providing that does not distract the audience and cause the story to lose the effect it was created to produce. Certainly something must be done. Why tell a story if the listeners will not understand it?

"Occasionally a story has an element that will disturb or offend a particular audience. Perhaps it motivates the action of a character in a way that was fine when it was originally told or written but that is unacceptable to many people today. Why should I include that element if it will prevent the listeners from absorbing the lesson of the story? Why tell the story at all?

"Perhaps some character in a story makes a comment that denigrates women. If this is just one peripheral element in a complete story, why include it if it offends the audience and prevents them from accepting the actual lesson? The original story was told to communicate a religious message, not to preserve extraneous facts for a historical record. Instead of losing the 'form' to preserve the 'matter,' one should save it by changing the facts and adapting the story to the 'need of the hour.'

"However, some qualifications are necessary here. First, a storyteller with religious integrity will not pander to an audience, cutting and trimming tales to fit their taste. Second, a storyteller does not have a free hand to change things at will. There is a difference between altering details and main elements of a tale. If the line between truth and fiction is blurred by a casual attitude to facts and to story elements, the listeners' faith in the essential veracity of the stories will be destroyed. Balance is needed here. There is no absolute rule and no substitute for wisdom. Only a knowledgeable person, faithful to the tradition, can know what to change and how. Of course there may be differences of opinion as to who is qualified to do this, who succeeds and who does not. In our generation, where the carefree and careless attitude of 'do your own thing' approaches the chaotic situation in the time of the Judges, when 'everyone did what was right in his own eyes,' there is certainly a need for some stringency, although not the kind that outlaws all flexibility. But if a storyteller is zealous for the tradition, always trying to preserve, not change, he or she can make changes, when needed, without fear." 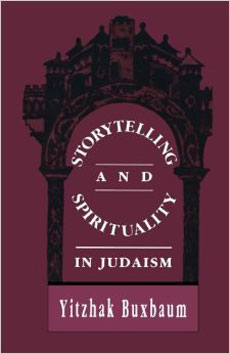