By Jonathan Glover
Understandings of respect expressed by interviewees with personality disorders.

Some Kinds of Respect and Not Others

"Some interviewees [at Broadmoor Hospital] had respect for people high in the social hierarchy. ('Because it's the Queen's property . . . It's the way I was brought up, respect the Crown, respect the uniform, respect the royal family.') Some had the respect shown in politeness. ('I don't swear in front of females . . . I'm respectful. I mean I believe in opening doors, and if a female is walking along, be it a patient or member of staff, I let them go through the door first.') And respect for rights was prominent in their moral landscape. ('Disabled people have rights just like normal people . . . I respect their basic rights.') Occasionally the reasons given for respecting rights showed awareness of the perspective of those whose rights were violated. But respect for rights was more often rule-governed than rooted in awareness of others' perspectives.

"What was mainly missing was the deep attitude of respect. For George Orwell, execution meant one world less and this made for the unspeakable wrongness of cutting off a life in full tide. The absence of any of this is part of the shallowness of some of the interviewees' thoughts on capital punishment. ('I just look at England. There's no spaces, there's prisoners everywhere, there's criminals hanging around and that, and I reckon that if there was execution then, more execution than normal, I think it'd be a more quieter world to live in.')

Respect and Reciprocation: 'Not Very Real to Themselves'

"Rejection can make people hungry for recognition and respect. It can also prevent them from developing the recognition of the inner lives of others that grounds the deep attitude of respect. It is plausible to see all this as being reciprocally based. People learn the deep attitude of respect for others partly through being respected themselves. It may need some reciprocity for its emergence.

"At an early stage of the project Dr. Gwen Adshead and I were discussing the people — many were her patients — we were about to interview. Thinking about their capacity to harm others, I wondered whether other people and their inner lives seemed fully real to them. She thought my doubt might be right, but said, 'Sometimes they aren't very real to themselves.' I was intrigued by this but not sure what it meant. One possible link between a diminished sense of the reality of other people and a diminished sense of one's own reality could come from childhood rejection. 'Other people not seeming fully real to them' can describe a lack of recognition of others' moral status. And 'not being very real to themselves' could describe another consequence of rejection: the failure to develop a robust sense of their own identity and worth — the failure that creates such hunger for recognition and respect." 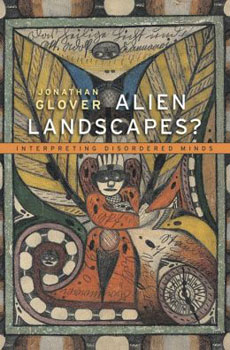