A New Buddhist Path Enlightenment, Evolution, and Ethics in the Modern World

By David R. Loy
David Loy on the shadow side of the mindfulness movement in non-religious settings.

"Suddenly the mindfulness movement has become mainstream, making its way into schools, corporations, prisons, and government agencies including the military. The media now regularly cite scientific studies that report on the numerous health benefits of mindfulness meditation and how such a simple practice can effect significant neurological changes in the brain.

"These are beneficial and promising developments — yet they have a shadow, perhaps most evident in some of the ways that corporate cultures have embraced the practice. Some Buddhists have celebrated the success of the mindfulness movement as the 'Trojan horse' that is helping Buddhism to infiltrate and transform modern society, but if that metaphor is apt it is not yet clear which is the horse and which is Troy.

"Mindfulness means paying attention in a particular way: on purpose, in the present moment, and nonjudgmentally."
— John Kabat-Zinn

"Proponents of mindfulness training often ignore or de-emphasize its Buddhist roots (though there can be a certain cachet in branding their programs as 'Buddhist-inspired'). Uncoupling mindfulness from its ethical and religious context is understandable as an expedient move to make such training a viable product in the marketplace of self-help methodologies. While a stripped-down, secularized approach — sometimes disparaged as 'McMindfulness' — often makes it more palatable to the business world, decontextualizing mindfulness from its original liberative and transformative purpose, including its foundation in social ethics, can lose sight of why it is so important. Rather than mindfulness as a means to awaken individuals and organizations from the 'three poisons' that the Buddha identified — the unwholesome roots of greed, ill will, and delusion — it is sometimes refashioned into a technique that can indirectly reinforce those roots.

"Most scientific and popular accounts circulating in the media portray mindfulness in terms of stress reduction and attention-enhancement, yet mindfulness, as understood and practiced within the Buddhist tradition, is not merely an ethically neutral practice for reducing stress and improving concentration. Rather, it is a distinct quality of attention that depends upon many other factors: the nature of one's thoughts, speech, and actions; one's way of making a living; and one's efforts to avoid unwholesome and unskillful behaviors, while developing those that are conducive to wise action, social harmony, and compassion. For Buddhism the practice of mindfulness is an integral part of the ultimate goal, which involves seeing through the delusion of a separate self and learning to live in a way that is consistent with such a realization.

"The crucial issue is whether the quality of one's awareness is characterized by wholesome intentions and positive mental qualities that lead to human flourishing and a concern for the well-being of others, as well as for oneself. The mindful attention and single-minded concentration of a terrorist or criminal is not the right mindfulness (sama-sati, the seventh factor on the Eightfold Path) that the Dalai Lama has developed.

"In the business world, mindfulness meditation is often marketed as a method for personal self-fulfillment, a reprieve from the ordeals of corporate life. Although such an individualistic and consumer orientation to the practice may be effective for self-preservation and self-advancement, it is essentially impotent for mitigating the causes of collective and organizational dukkha. After a mindfulness program, individual employees in a company may feel that their stress, unhappiness, and doubts are entirely self-made. Such training promotes a tacit acceptance of the status quo and becomes an instrumental tool for keeping attention focused on institutional goals. When mindfulness practice is compartmentalized in this way, however, there is a disconnection between one's own personal transformation and the kind of organizational restructuring that might address the causes and conditions of suffering in the broader environment. Such a colonization of mindfulness reorients the practice to the needs of the company, rather than encouraging a critical reflection on the causes of our collective suffering, or social dukkha. Bhikkhu Bodhi, one of the foremost American Buddhist monastics, has warned: 'absent a sharp social critique, Buddhist practices could easily be used to justify and stabilize the status quo, becoming a reinforcement of consumer capitalism.' " 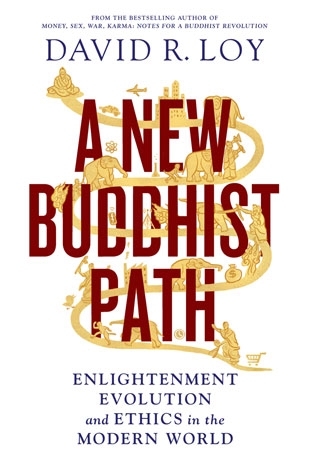