By Dean Sluyter
A teaching story about singing only for God.

"Naren Schreiner, a wonderful singing teacher I've studied with who is deeply steeped in the musical and spiritual traditions of India, told our class this story:

"One day Emperor Akbar praised his court musician, Miyan Tansen. 'Surely,' he said, 'you must be the finest singer in the world.'

" 'Thank you, your highness,' Tansen replied, 'but I cannot accept that praise. My teacher is far superior.'

" 'Well,' said the emperor, 'I doubt that that's true, but let us have him brought to the court and hear him.'

" 'I'm afraid that's not possible. My guru-ji lives a simple life in a small hut in the forest, and he won't leave it for anyone — not even the emperor.'

"Tansen led the emperor through the thick forest until they came to the hut. There Hari Das, the old singing master, received the two visitors politely but took no special notice of the emperor. When they both entreated him to sing, he acted as if he didn't hear them. Then Tansen had an idea. He began to sing a hymn, with a few deliberate imperfections in his rendition. Although the flaws were very subtle, he knew his guru would notice them and, being a true teacher, could not resist giving his student proper guidance. The old master sang the hymn correctly — and with a sky-melting power in his voice that the emperor had never thought possible.

"As they walked back toward the palace, the emperor said, 'Well, you were right. Your guru is the greatest singer. But I'm sure that someday you'll ascend to his level.'

" 'No, your highness,' Tansen replied. 'That will never happen.'

" 'Because my guru sings only for God. I sing for you.'

"The room went silent; we were all deeply moved by this story. But I kept thinking about it, and after class I asked Naren, 'What if he sang to the God he saw in the emperor's eyes?' " 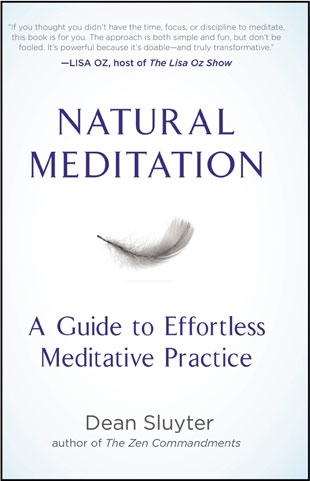