The Power of Ideals The Real Story of Moral Choice

By William Damon, Anne Colby
Reasons for studying humility as a virtue practiced by moral leaders.

"Public and professional opinions regarding humility are decidedly mixed. There are few human qualities as universally acclaimed by religion, as hotly debated by philosophers, and as simultaneously disdained and cherished by the public.

"Our attention was first drawn to the importance of humility by our earlier research on moral commitment, presented in Some Do Care: Contemporary Lives of Moral Commitment. That project began with a nominating process designed to develop criteria and compile a list of potential participants for our investigation of people who are exceptionally morally committed – 'moral exemplars,' as we called them. In the initial nominating phase, we interviewed twenty-two moral philosophers, historians, social scientists, ethicists, and theologians with a wide range of backgrounds and beliefs. This lengthy nominating phase yielded a set of criteria for selecting participants that included (1) a generalized respect for humanity, (2) the use of morally defensible means as well as ends, (3) a willingness to risk self-interest for the sake of one's ideals, and (4) the capacity to inspire others. In addition to these four, the fifth and final criterion concerned humility: a sense of realistic humility about one's own importance relative to the world at large, implying a relative lack of concern for one's own ego.

"It's worth noting that the distinguished thinkers who served as nominators in our earlier study did not conceive of humility as meekness or a tendency toward self-deprecation, as many dictionary definitions suggest. Instead, they focused on a sense of perspective on the self and its importance within a larger context and on motives that might include a bit of ego but are not centrally concerned with self-aggrandizement or self-importance. "The most important purpose of the humility criterion, as formulated by our nominators, was to help distinguish between moral exemplars and fanatics. It was an effort to specify what kinds of qualities can prevent powerful, passionate, ideal-driven people from doing serious harm. Along with a commitment to ideals that respect human rights and welfare in a universal sense (as opposed to a willingness to sacrifice the rights and welfare of one group for the sake of another) and consistency between the moral standing of means and ends, the nominators were attempting to rule out individuals who pursue supposedly moral ends primarily to advance their raw self-interest or to gratify their egos." 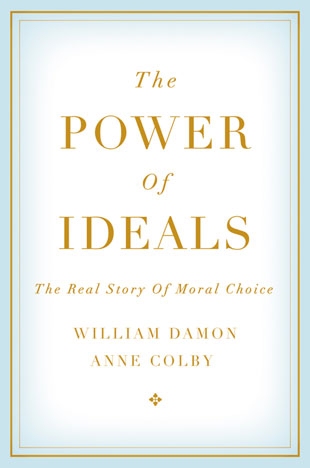