Listening to Stone The Art and Life of Isamu Noguchi

"In 1970 Noguchi began to create open-form, gatelike sculptures that could be seen as elongated and gently squared-off versions of his ring or sun sculptures. The difference is that in the gate sculptures, the empty space inside the framing stone is as expressive as the stone shape itself. Several works in this new sculptural group are called Void -- a concept with which Noguchi was familiar not only through his knowledge of Buddhism, but also from his familiarity with existentialism, so popular in the 1950s. His 1950 Mu and several of his clay sculptures made in Japan also approached the theme of emptiness, perhaps even referring to the Buddhist concept of no-mind, which I take to mean emptying the mind so that it is more receptive to enlightenment. Noguchi's sculptures on the theme of the void may also refer to the nothingness of death or to the endless space of the universe. Of this new form Noguchi wrote: 'I have carried the concept of the void like a weight on my shoulders ... It is like some inevitable question that I cannot answer.' The void sculptures, while peaceful, are like portals to nonbeing. Perhaps the idea of emptiness offered Noguchi the possibility of clarity and calm. The gatelike sculptures also recall torii – the gateways that lead up to Shinto shrines. Passage through a Noguchi gate could be a form of purification on the threshold of a more spiritual world. Indeed, the twelve-foot-high Energy Void in Noguchi's museum in Mure is also known as the Gate of Heaven. When the painter Sam Francis visited Noguchi at Mure, he dreamed about Noguchi's monumental gate as a gate to paradise, and when he told Noguchi about his dream, Noguchi did not correct him. Energy Void was originally commissioned for Pepsico's sculpture garden, but when it was finished, Noguchi thought it was possibly the best sculpture he had ever made." 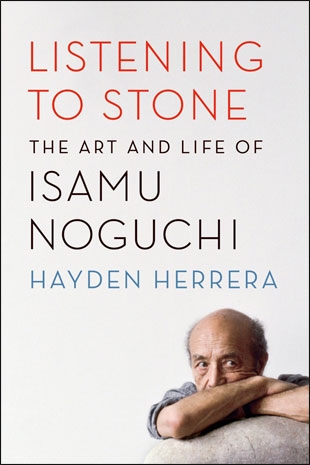