Theosony Towards a Theology of Listening

"God's entire creation moves and exists in the fullness of the grace of sounds. Therefore, there is no escaping or bypassing the stirrings of the ear. Every activity of the ear is an expression of the glory of God in nature. Humanity, with its mystical ear, is made in the image of God. 'God saw everything that he had made, and indeed, it was very good' (Gen 1: 31). The multiplicity of aural functions is united in God's unified and triune beauty. The human ear has an important role in the divine plan that surpasses its human function and nature. The human ear is from God and is inclined towards God in special ways. Furthermore, the human word is the shadow, the whisper of the supreme Word, the Logos, who became human. The human word is already graced by its very existence. The gentle word invites gentle listening. The appropriate and proper word for the human being according to Rahner 'in its true and full reality, is already grace in the word, and the power of hearing such a word in its true sense is already grace of faith ... Our actual nature is never "pure" nature. It is a nature installed in a supernatural order which man can never leave, even as a sinner and unbeliever.' The theological concept of nature reflects on the divinization [sic] of the human being in and through the grace of Jesus Christ. Sharing in the graced glory of Christ is sharing in the mystery of the life of God itself. Christ as a human being listened to and heard the divine voice; in his image, humanity slowly, obediently and patiently follows suit." 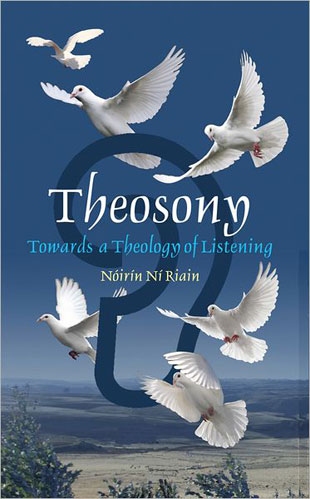