Uprooting Racism How White People Can Work for Social Justice

"1. Assume racism is everywhere, every day. Just as economics influences everything we do, just as our gender and gender politics influence everything we do, assume that racism is affecting whatever is going on. We assume this because it's true and because one of the privileges of being white is not having to see or deal with racism all the time. We have to learn to see the effect that racism has. Notice who speaks, what is said, how things are done and described. Notice who isn't present. Notice code words for race, and the implications of the policies, patterns, and comments that are being expressed. You already notice the skin color of everyone you meet and interact with – now notice what difference it makes.

"3. Notice how racism is denied, minimized, and justified.

"4. Understand and learn from the history of whiteness and racism. Notice how racism has changed over time and how it has subverted or resisted challenges. Study the tactics that have worked effectively against it.

"5. Understand the connections between racism, economic issues, sexism, and other forms of injustice.

"6. Take a stand against injustice. Take risks. It is scary, difficult, and may bring up feelings of inadequacy, lack of self-confidence, indecision, or fear or making mistakes, but ultimately it is the only healthy and moral human thing to do. Intervene in situations where racism is being passed on.

"7. Be strategic. Decide what is important to challenge and what's not. Think about strategy in particular situations. Attack the source of power.

"8. Don't confuse a battle with the war. Behind particular incidents and interactions are larger patterns. Racism is flexible and adaptable. There will be gains and losses in the struggle for justice and equality.

"9. Don't call names or be personally abusive. Since power is often defined as power over others – the ability to abuse or control people – it is easy to become abusive ourselves. However, we usually end up abusing people who have less power than we do because it is less dangerous. Attacking people doesn't address the systemic nature of racism and inequality.

"10. Support the leadership of people of color. Do this consistently, but not uncritically.

"12. Don't do it alone. You will not end racism by yourself. We can do it if we work together. Build support, establish networks, and work with already established groups.

"13. Talk with your children and other young people about racism." 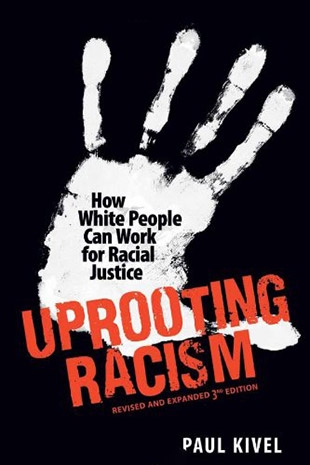