"The desire for a greater sense of inclusivity comes from a range of Christians revisiting, studying, and praying the Gospels. No longer can the wisdom of sacred text be reserved to the church's teaching authority, on the one hand, or to academic scholars, on the other. In a strangely unexpected way, the one-time notion of the sensus fidelium (the sense of the faithful) is coming back to haunt us and challenge us afresh. People read more, avail themselves of educational opportunities for adult faith formation, seek out information on the Internet, and join study or discussion groups.

"Some go a step further and create a reading group or begin to avail themselves of workshops and conferences attended merely by specialists just a few years ago. They invite their friends, thus casting wider the net of inclusivity.

"Thus there is arising, particularly in the West, a new religious (many would prefer the word: spiritual) avant-garde, some critical of formal religion, others simply dismissive of it. And still others, as indicated above, who do want to bring their newly discovered wisdom back into the church. That reintegration tends not to be an easy process; often the clergy themselves have not kept up with the reading, study, and reflection, and therefore feel threatened by those embracing the new wisdom. And the negative — or indifferent — response from the clergy is what subsequently can lead to new forms of exclusion and possibly a sense of rejection.

"The central role of the Kingdom of God (what I have renamed as the Companionship of Empowerment) has become a theological catalyst today for scholars and rank-and-file Christians alike. Understood to be the core truth of our faith, more Christians are realizing how extensively we have compromised this central faith conviction to accommodate ecclesiastical power collusions down through the centuries. And many of the dualistic splits between insiders and outsiders are seen to be the consequence of this theological neglect. Reappropriating the primacy of the Kingdom is precisely what inspires, motivates, and unites many contemporary Christians seeking the inclusivity explored in this book.

"One senses that the newly emerging passion for greater inclusivity will win out in the end. Our world is becoming increasingly interconnected, and precisely for that reason, people feel more intensely the barriers that still divide and alienate. With such secular impetus for a more empowering inclusivity, it is anomalous that churches and religions should still be clinging on to inherited exclusions. The credibility of the Christian Gospel is at stake, and the continued failure of Christian churches to assume the challenge just alienates people further from a wonderful treasure waiting to be rediscovered." 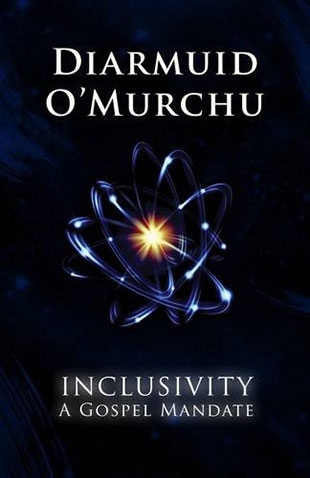