The Market as God

By Harvey Cox
A look at how the celebration of Christmas is changing as The Market co-opts its symbols.

"Is Christmas in decline? It seems not. Macy's famous Thanksgiving Day parade, which has always climaxed with the appearance of Santa, has now become almost entirely a Christmas parade. In 2015, not a single Plymouth pilgrim was to be seen in its procession, but the world's largest elf hovered as a huge balloon overhead.

"As a holiday marking the birth of a child in a stable, the meaning of Christmas seems to have been overshadowed by Santa, Scrooge, and the Sugar Plum Fairy. Yet hundreds of millions of people still celebrate it in one way or another as the natal day of the Prince of Peace. Untold thousands who do not set foot in a church any other day of the year attend on Christmas Eve. Millions watch the pope celebrate the Mass of the Nativity at Saint Peter's in Rome on television.

"It would be ironic if the original spiritual meaning of Christmas and the 'happy holidays' acquisitiveness of The Market were able to coexist for a long time to come, and thus unintentionally replicate the early Christian experience of quiet gratitude for the coming of the Savior, surrounded by the blare and commotion of a postmodern debauch. But that cheery compromise seems impossible. After all, the roisterers quaffing their drinks on the Roman Saturnalia did not try to co-opt the infant Jesus as one of their symbols. Today, so many of the elements of the Christian holiday have been blended into its commercial parody that the compound seems unstable. Only time will tell whether the infant in the manger or the gnome in the sleigh will prevail." 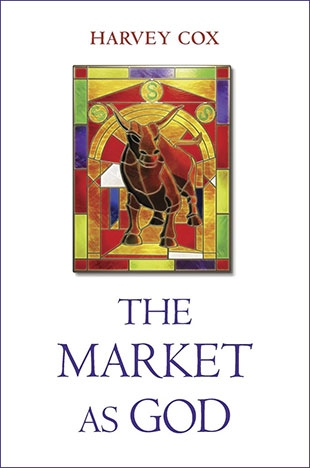