But What If We're Wrong? Thinking About the Present As If It Were The Past

By Chuck Klosterman
A joke about the weather that reveals our longing for things to stay the same.

"Somebody once told me a joke about meteorology. (It's the kind of joke that somebody's dad would put on Facebook.) The premise is that we've been trying to predict the weather since 3000 BC. The yearly budget for the National Weather Service is $1 billion, which doesn't even include all the costs incurred by privately funded meteorological institutions and the military and local TV stations and every other organization with a vested interest in predicting what the unexperienced world will be like. Even a conservative estimate places the annual amount of money spent on meteorology at somewhere around $5 billion. And as a result of this investment, our weather can be correctly predicted around 66 percent of the time. As a society, we can go two out of three. Yet if some random dude simply says, "I think the weather tomorrow will be the same as the weather today," he will be right 33 percent of the time. He can go one for three. So we've invested hundreds of billions of dollars and countless hours into meteorological research, with the net effect of becoming twice as accurate as some bozo who looks out a window and points at the sky. (And that's the joke.) I assume this joke is supposed to be a commentary on government waste, or an anti-intellectual criticism of science, or proof that nobody knows anything. It might be all of those things. But I don't care about any of that jazz. I just want the bozo to get lucky. I want the weather to stay the same. I'm ready for a new tomorrow, but only if it's pretty much like yesterday." 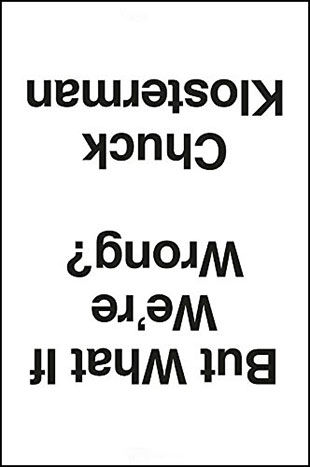