By James Braxton Peterson
A roundup of changes that need to be made if the U.S. is to alter its status as the world's leading incarcerator.

"Long before criminal court proceedings, the tentacles of the Prison Industrial Complex reach deep into poor communities of color through government policies like the War on Drugs and a wide range of aggressive tactics by local law enforcement. Real reform requires an end to racial profiling, the 'broken windows' strategy, stop and frisk tactics, and greater diversity within the ranks of police themselves. Militarizing local law enforcement with combat weapons and the equipment of war will also have to be curtailed if the PIC is ever to be reformed. Policing cannot look like warfare if it is to achieve its purpose — to protect and serve — in actuality or in perception.

"Indeed there are a great many other considerations for reforming the Prison Industrial Complex, some of them not readily apparent given the overwhelming quantity of data on the prison system itself. Clearly, however, some of the broader societal remedies include a radical reinvestment in public education; ending homelessness and developing more comprehensive affordable housing policies; and decriminalizing certain controlled substances. Given what we know about the War on Drugs, any real reform of the PIC must include the END of the drug war. The War on Drugs is a war on poor people of color, and it has been an abject failure.

"Most scholars, reformers, abolitionists, and activists engaged in the struggle to change America's prison addiction also understand that for, all of the possibilities that policy changes represent, real reform must begin with a change in the nation's perception of criminal justice and incarceration. Unless and until the citizenry is ready to wean itself from the abiding sense that punishment is the central purpose of incarceration, the United States will not be able to alter its status as the world's leading incarcerator.

"Finally we have to be prepared to humanize criminals, and not just the nonviolent ones. Given the scope of the Prison Industrial Complex — its size (2.2 million inmates), its complexity, and the vast economic investments and profits in the system — only a radical revision of how we view crime, criminals, and criminality can move the needle in the right direction. As antidrug advocates often maintain, a harm-reduction approach to drug abuse — or in this case, mass incarceration — is more likely to yield constructive results." 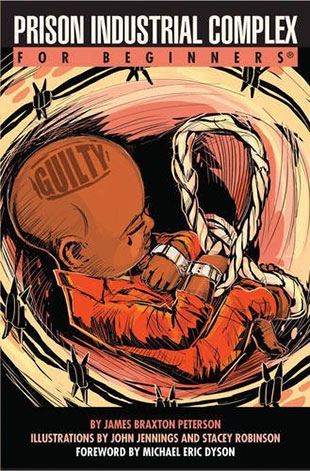