Hygge The Danish Art of Happiness

By Marie Tourell Soderberg
A reflection on Hygge's gifts of economic security.

"In the nineteenth century the first thoughts about the values, that later became the foundation of a modern welfare society, began to spring up:

" 'In wealth, we have come far, when few have too much and fewer too little.' N.F.S. Grundtvig (1783-1872), pastor, poet, philosopher, historian, teacher and politician

"This quote is said to have been the credo behind the Danish welfare policy for more than a hundred years. Denmark is well known for its welfare system and is considered to be one of the most egalitarian societies in the world, since the redistribution of resources evens up the gap between rich and poor. The provision of free education, healthcare and unemployment benefits gives Danes a feeling of economic security. When the basic needs are met, there is more room for one to explore the social, creative and personal elements of one's life – and it is easier for hygge to thrive.

" 'The economic equalizing and a morality that emphasizes the subjective happiness of the individual, gives people the possibility, space and freedom to take a hygge-break and strive a little less. We don't have to struggle all the time.'

"The characteristics of hygge as being peaceful, intimate, introvert and equalizing correspond with the self-image we have as a nation: a small and peaceful country that does not harm anyone and where everyone is equal. Jeppe Trolle Linnet concludes:

" 'Hygge is universal and accessible for everyone. It is an integral part of being human and not exclusively Danish. But there are elements within hygge that correspond particularly well with the Scandinavian welfare state and with the Danish national self-awareness of being a small country.' " 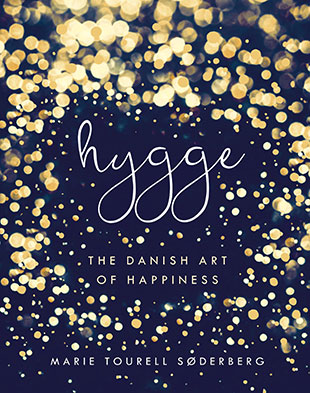