Ageless Soul The Lifelong Journey Toward Meaning and Joy

"The older you get, the less you may be preoccupied with the things of the world. You become reflective and closer to wonder. You're not focused as much on making a self, creating a career, or becoming somebody. You are naturally open to a spiritual life and to questions of meaning and purpose. Of course, this is not true of everyone. You have to have thought about your life for a long while to develop a strong spirituality in old age. You have to have aged spiritually.

"Illness, which is more common as we get older, is also a catalyst for wonder and deeper questions. When your life's work is changing, too, moving toward some form of retirement, you ask yourself the deep questions you may not have considered when you were younger. As you age, you grow wings. You soar. You become more spiritual in a natural expansion of your vision.

"Some older people choose to keep practicing the religion they learned as children or somewhat later in life. So today we hear about 'the graying of the churches,' how membership in many established religions leans toward advanced age. This is not true among some churches that appeal to the young.

"At this particular time we can say that older spirituality is often linked to a church tradition, but because the churches are largely fading the situation won't last much longer unless there is a revival of formal religion. Now is the time to explore a different kind of spiritual life for older people, one that would truly nourish them and give them hope and strength.

"Still, it's important for families and caretakers to know that for people of a certain age, formal religion means everything to them. The younger ones may believe that they are more up-to-date, smarter, and more informed and may not have patience with the older person's attachment to old-time religion. As someone who has studied many different religious traditions and believes that he's on the cutting edge of the new spirituality, I can say that for many the traditional approach is effective and worthy. I hope that all older people in hospitals, retirement centers, and at home with family members have the freedom and support to pursue their favorite forms of spiritual practice, including their familiar and formal religion.

"But a different generation is getting older now, not the ones who used to fill churches, but searchers and experimenters. They, too, need resources and support for their spiritual lives in their mature years. They are as sincere and dedicated to the spiritual side of their lives, though their forms may be different, more scattered and more personal.

"Everything I wrote in my recent book A Religion of One's Ownapplies to people getting older in these challenging times. It's all right to be a seeker and to experiment. You can find spiritual nourishment in nature, service, literature, the arts, meditation, and yoga, and in other less obvious places. The conditions are right for putting together your own traditional spiritual teachings and practices in a unique and effective way.

"Lynda Sexson puts it beautifully in her book about religion, Ordinarily Sacred: "Religion is not a discrete category within human experience; it is rather a quality that pervades all experience." Religion in the deepest sense of the word is not separate from life or the world. It happens everywhere and at any time, especially when we're not thinking about religion. You know it when your feelings and thoughts are taken beneath the surface into a positive and colorful darkness, the mysteries that are always deep within everything we experience.

"As models of this new spiritual adventure I often cite Henry David Thoreau, Emily Dickinson, and Ralph Waldo Emerson – New England writers who were responding to a changing world much the way we are today. They probed deeply and expressed themselves beautifully and offer us fertile ideas for cultivating a spiritual life outside the formal structures of traditional religion. At the same time they valued the traditions and drew inspiration from many of them." 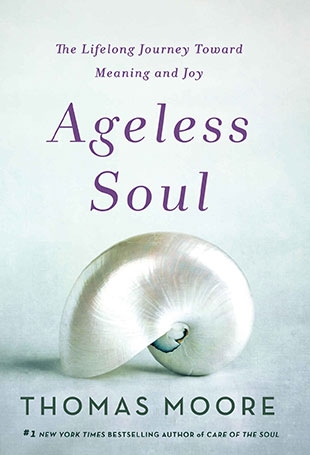