Can I Get a Witness? Thirteen Peacemakers, Community Builders, and Agitators for Faith & Justice

" 'Ella's Song' [was] inspired by the words and witness of Miss Ella Josephine Baker (1903 – 1986), a magisterial authority of the civil rights movement and a witness to true human freedom. The song's writer, Bernice Johnson Reagon said, 'When we sing, we announce our existence.' 'Ella's Song' announces the existence of those who are often made invisible in our society: black people, poor people, young people, and women. . . .

"Social justice activists of many causes have taken up 'Ella's Song' as their creed, announcing their firmly held belief in women's rights, empowerment of young people, and a democratic culture characterized by equality and shared power. Yet it is important to remember that the animating content of the speech that inspired the song was the violation of black dignity. If singing songs has the power to change our condition, then singing 'Ella's Song' can help us to learn the inherent value of black life.

" 'Ella's Song' became a renewed rallying cry for justice in February 2012 when Trayvon Martin was shot to death by George Zimmerman while walking home from a convenience store. Zimmerman's acquittal uncovered festering legacies of racism and antiblackness in a society that many thought to be 'color blind.'

"Zimmerman's trial was a grotesque spectacle. The burden of proof fell to Martin, lying silently in his grave, to demonstrate that an unarmed teenager carrying a bag of Skittles and an Arizona Iced Tea did not present a threat to an adult man armed with a gun. That Martin was treated as the defendant rather than Zimmerman accentuated blatant anti-blackness in a justice system purportedly intended to serve and protect all members of society.

"Attention to the issue did not fade when the news cycle ended. This was the beginning of Black Lives Matter and, more broadly, the Movement for Black Lives. Activists formed in Baker's tradition started connecting the dots between all the young, unarmed, black people killed at the hands of law enforcement officials in the United States. Protests erupted in Ferguson, Missouri, when Michael Brown was shot to death by Darren Wilson. Like Martin, Brown was required to demonstrate his innocence after being compared to a 'demon' by the white police officer who shot and killed him and declared to have been 'no angel' by the media. This pattern is repeated with each new death, a fresh reminder that black lives matter less in our society than white lives.

"Baker's voice echoes in the advocacy for black life in the twenty-first century. We can hear her song in the cries for mercy and justice coming from young people who fear losing their own lives at the hands of law enforcement or vigilantes simply for being black. We can feel her grief in the cries of mothers and fathers who have lost their children to this violence.

"Baker also shows the way forward for those who want to eradicate racism from American society. She shows us that sharing our bounty with our neighbors builds a strong community. She teaches us to love good ideas even when they are new or unfamiliar. She demonstrates that loving our neighbors requires that we listen to their stories. She reveals that humility and self-critique are the friends of courage and power. She reminds us that believing in freedom means committing oneself to a lifetime of struggle to make it a reality. 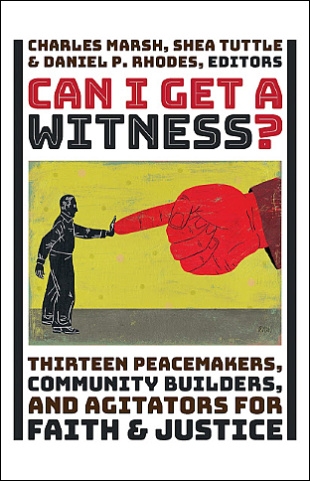