"The political repression of our times requires that we work together to redefine politics and challenge the pro-corporate two-party system. In the process, we will reclaim the struggle to produce meaningful educational visions and practices, find new ways to change individual and collective consciousness, engage in meaningful dialogue with people living at the margins of the political landscape, and overcome the factionalism of single-issue movements in order to build broad-based social movements. Pro-fascist conditions are with us again. Fortunately, Trump's arrogance as a champion of such forces is not going entirely unchecked as the great collective power of resistance to his regime deepens. Mass actions are taking place with renewed urgency every day. Facing the challenge of fascism will not be easy, but Americans are marching, protesting, and organizing in record-breaking numbers. Hopefully, mass indignation will evolve into a worldwide movement whose power will be on the side of justice not impunity, bridges not walls, dignity not disrespect, kindness not cruelty. The American nightmare is not something happening somewhere else to someone else. It's happening here, to us. The time to wake up is now. To quote James Baldwin's letter to Angela Davis:

" 'Some of us, white and black, know how great a price has already been paid to bring into existence a new consciousness, a new people, an unprecedented nation. If we know, and do nothing, we are worse than the murderers hired in our name. If we know, then we must fight for your life as though it were our own -- which it is -- and render impassable with our bodies the corridor to the gas chamber. For, if they take you in the morning, they will be coming for us that night.' "In the end, there is no democracy without informed citizens, no justice without a language critical of injustice, and no change without a broad-based movement of collective resistance." 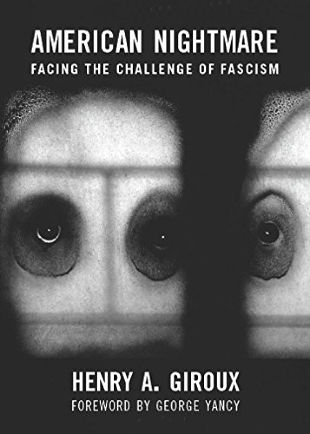