By Robert J. Wicks
A reflection on how humility can be reframed.

"Humility as a value has a long history that needs to be revisited and valued anew for what it truly can mean in the way you live your life. A simple reflection on the concern with humility held by fourth-century Northern African and Persian Desert Fathers (Abbas) and Mothers (Ammas) bears this out. With respect to this group, poet Kathleen Norris, in her book Acedia and Me, notes, '[These early desert monks] valued humility as a tool for maintaining hope. While today the word humility may connote a placid servility in the face of mistreatment, its Latin origins suggest strength and fertility. The word comes from hummus, as in "earth." A humble person is one who accepts the paradox of being both "great and small" and does not discount that hope which [philosopher] Kierkegaard terms "possibility." ' Former host of the popular BBC radio program The Living World, Peter France, in his book Patmos, adds to this view by indicating that for this group of early monks, humility 'was simply the rejection of self-centeredness. It was, and is, a powerful means of getting right with the world.'

"One of the ways such early monks sought to achieve this (and we --whether religious or not -- can also learn from their example) is by setting aside periods of 'alone time.' I define this term as those periods we spend in silence, and possibly solitude, to be mindful or meditate as well as when we are simply quietly reflective even when in a group. During such times, the goal is to be nonjudgmentally present to ourselves. Because of this we see our foibles as well as our gifts with a sense of clarity and equanimity. When this happens we open the door to humility because honesty gets an opportunity to come to the fore because of the space we provide in our consciousness. In providing this opening during quiet moments, we create a mental vacuum. Given this inner space, the 'preconscious' or those cognitions (ways of thinking, perceiving, and understanding) lying just beyond our awareness are given room to rise to the fore for our examination. We are then faced with elements of life and our attitude toward ourselves and others that we may have set aside intentionally or unconsciously because, among other things, they can diminish or 'prune' our prideful tendencies." 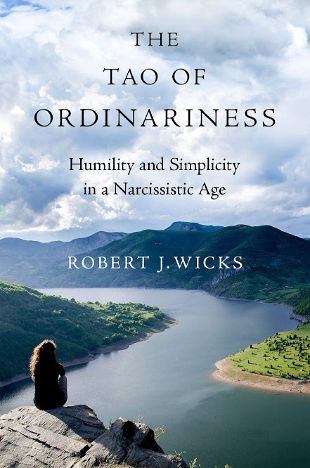