The Sirens of Mars Searching for Life on Another World

By Sara Stewart Johnson
A scientist's notes on the appeal of looking for life in outer space.

"Mars, after all, is only our first step into the vast, dark night. New technologies are paving the way for life detection missions to the far reaches of our solar system, to the moons of the outer planets, far from what we once considered the 'habitable zone.' To worlds that hold stacks of oceans amidst shells of ice, floating like a layer cake. That spew out jets of briny water through cryovolcanoes. That have pale hills and dark rivers and hydrocarbon rain. And then there are also the planets around other stars. There could be as many as forty billion planets that could sup­port life in the Milky Way alone, belted with moons and moonlets — potentially an entire solar system for every person on Earth. The idea of knowing these places intimately, of one day touching their sur­faces, may seem ludicrous. The universe has a speed limit — it’s slow, and these worlds are very far away. What could we ever know about them, besides a few details about their orbits, perhaps some spectro­graphic measurements of their atmospheres? They are points of light and shadow at the very edge of our sight, far beyond our grasp. Then again, that is exactly how Mars seemed only a century ago." 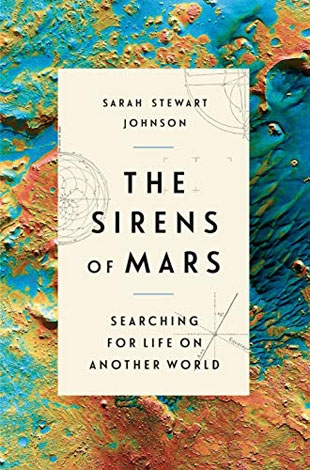