By Diana Butler Bass
Insights about Jesus being present even when he is not mentioned by name.

“ 'You’ve talked a lot about church trends and sociology,' the pastor said in an accusing tone, 'but I’ve not heard you say one word about Jesus. What about Jesus? Where is Jesus?'

“The workshop seemed a hard slog that day, teaching about demographics and the future of church, answering tough questions, and dealing with the clergy’s worries about the implications of the decline in religious affiliation for their denomination.

“The pastor’s colleagues murmured their displeasure. I saw a few heads shake from side to side and lots of eyes rolling. He had sat at a table near the back of the room, tight-lipped, glowering at me the entire time. At events with required clergy attendance, there is always at least one hostile questioner, a pastor who has waited until the very end to undermine the work of the woman who dared speak all day. Like an old joke or a sunny weather forecast in Phoenix, I had grown to expect it, in all its wearying predictability.

“ 'I have to say Jesus’s name for Jesus to be here?' I asked. 'I just assumed Jesus would be present in a roomful of clergy.'

“His colleagues laughed, and then someone called out, 'That’s not necessarily a good assumption!'

“ 'Point taken!' I replied, laughing along with them. 'But I trust that wherever two or three are gathered Jesus is in their midst. Where love is, Jesus is there.'

“My interrogator thudded down into his seat, unhappy with the entire exchange.

“Although his colleagues were embarrassed and a few of them apologized to me after the lecture, it did not particularly surprise me. For several years, my work involved warning faith leaders about the coming tsunami of religious disaffiliation, lecturing mostly on sociology and history and the need for institutional change. I often avoided theology, not because I was averse to talking about it, but because it was not central to such workshops. Pastors, however, press theological questions, especially about Jesus. The exact question had arisen before: 'Why haven’t you mentioned Jesus?'

“My answer had always been the same. 'Do you think Jesus isn’t here?' “ 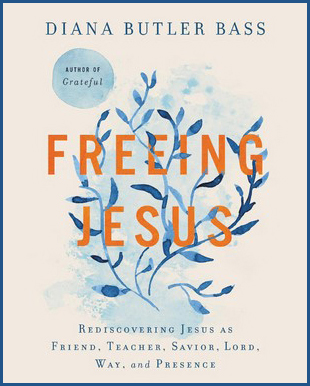