By Anne Lamott
An honest look at our dual citizenship as humans: perfect and neurotic.

“I continue to wait patiently for several people to come to me begging for my forgiveness before they die — a change that is about as likely to happen for me as any breakthrough for the turkey in the old New Yorker cartoon marching with a placard that says 'Repent!'

“I’m waiting for one of the most damaging boyfriends of my life, with whom I broke up twenty years ago. (Still waiting.) Others: My poor mother, who was both a terrorist and a child. My father, a womanizer, who taught me to disrespect her and therefore myself. Both are dead, so not much hope (but still). George W. Bush. (I have pretty much given up on Clarence Thomas.) And another is me.

“People like to say that we cannot forgive others until we forgive ourselves. Isn’t that nice? People like to say all sorts of stupid bumper-sticker things that aren’t true and that in fact can be shaming, such as that God never gives us more than we can handle. What a crock. (My friend Mary says, in response, that you should never give God any idea of how much you might be able to bear. Lowball Him, like a trainer at the gym who thinks you might be able to lift a heavier weight. Say that you injured your lower back doing that once. Hint at liability.)

“I have forgiven most people who have hurt me or behaved atrociously to those I love, although there is one extended family member who (I’m positive) makes Jesus sick to His stomach. Yet from time to time, I forgive myself for being a bad forgiver. Forgiving ourselves is the advanced practice — it’s Senior Lifesaving.

“It’s a tricky business. The comedian Cameron Esposito put it well: 'I remember a close friend’s mom asking me if I really felt comfortable wearing a swimsuit next to her daughter’s much more slender body. I was eight. When you are a little kid, you can’t protect yourself from this shit. You think the shit is you.'

“You thought the shit was you, all through the years, and droplets got trapped in various chambers of memory. Even with years of recovery or therapy — after making amends and working on self-acceptance and even experiencing patchy moments of transcendence, after having mostly forgiven ourselves for not caring, for ambition, materialism, wasting time, and gluttony — it can still be exacting. The fear of your defective nature resurfaces, the way chicken pox resurfaces as shingles. But at some point you realize that we all have dual citizenship here, perfect and neurotic. Ram Dass said you have to remember only two things: your Buddha nature and your Social Security number. And wonderfully, there is not enough memory to keep track of every old grievance. This is the grace of age. So one forgives as one is able, except for maybe those two or three special contenders and oneself.

“Each full act of forgiveness and even each partial act is not only a miracle, but a prize of redemption, as with books of S&H Green Stamps. But instead of a toaster, you get a unit of peace. Each act of forgiveness gives us more awareness of the beauty that surrounds us and of the friendly light inside, the tiny and usually ignored part that hasn’t been faked, cheapened, or exploited. It is an infinitesimally small point of light — like when our ancient TVs were turning off — and eternity, the world in a blade of grass.” 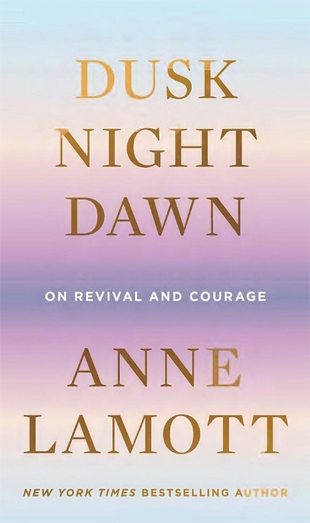