Saving Grace Speaking Your Truth, Stay Centered, and Learn to Coexist with People Who Drive You Nuts

By Kirsten Powers
How to show grace in healthy conflict.

“Perhaps one of the greatest misconceptions about grace is that it means being passive, or not standing up for your beliefs or not confronting people about problematic or harmful behavior. The image too many people have of a 'graceful' person is of someone who just lets others do and say whatever they want and eschews the idea of accountability. They envision a person who doesn’t get angry and who, rather than speaking up about behavior that is causing harm, suffers quietly or allows others to suffer. When an argument breaks out, we think the person who tries to persuade everyone to just 'get along' and not disrupt the peace is working to achieve grace. An appeaser, in other words. A doormat.

“But grace is not about inaction or holding your tongue when you have something to say that might upset other people. It’s not a magic wand to make discord disappear. Discord is part of life — and the great religious traditions treat it as such. 'Jesus’ teachings take conflict for granted,' theologian Barbara Brown Taylor has written. 'You can’t love an enemy if you don’t have one. You can’t turn this cheek if no one slaps that one first.' What Jesus taught was how to handle that conflict.

“Healthy conflict is what I think Jesus is talking about when in the Sermon on the Mount, he tells the crowd, 'Blessed are the peacemakers.' Note a crucial omission: he makes no mention of peacekeepers, those who maintain peace by avoiding or suppressing conflict. A peacemaker, on the other hand, works to get to the heart of whatever is causing division, and labors to create wholeness that does not paper over differences or bypass the need for repentance or accountability if that’s what is called for. Peacekeepers just want the conflict to disappear, usually because it’s in their best interest for that to happen.

“Because many of us didn’t grow up in families where healthy conflict was modeled, and because our public figures often behave in such a toxic manner, a lot of us don’t know what healthy conflict looks like. When engaged in properly, conflict is an act of peacemaking. When a couple is married and they have healthy conflict, their conversations help them understand each other better, and each new conflict creates more intimacy. It brings them closer to each other, not farther apart. Even if the couple doesn’t see eye to eye on everything, their conflict leads to a better marriage.

“By contrast, couples who engage in peacekeeping by ignoring their problems will find themselves drifting away from each other as they develop resentment and worse. Then there are couples who engage in conflict but do it in such an unhealthy manner that it leaves one or both parties feeling emotionally battered and bruised. Each time this happens, they grow farther apart.” 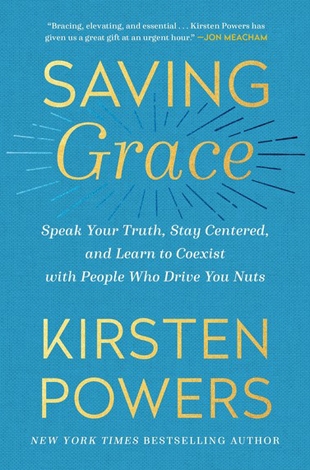