By Natalie Goldberg
Meeting Basho and plumbing the origins of haiku.

“The world suddenly becomes verdant, full of trees and the sound of birds. It is a small, concise temple garden. We pass by the temple office on the right, and Ted points to a stone grave on the left, 'Basho.'

“I fall to my knees, do three full prostrations on that uneven path as a gesture of reverence.

“When I’m done, and standing again, Ted says, 'Sorry. I made a mistake.' He gestures a few yards away. 'Here’s Basho.' He explains that I’d prostrated to the old pond haiku, carved in stone.

“I laugh and nod and throw myself in front of the actual person. No person, really. Time wears it all away -- past, present. Who is Basho? Where is he now? All those long years since I first read him in my adobe bedroom. How hungry and young I was. Years pour through me as I prostrate, stunned that I am in this moment. So happy to honor him.

“Later, I find out that in Basho’s time, Japanese poets were largely imitating Chinese culture, and much of the poetry was still written at least partly in Chinese. It would be very Chinese to note the croaking of the frog in a haiku about an old pond. But what Basho called out instead was the sound of the water. This was purely Japanese, purely original.

“Perhaps that’s why this haiku is so revered. It broke a tradition, a paradigm, a way of seeing. The Japanese became more of who they were, standing in their own worldview. What a splash that was, what a frog, what a pond. It has shimmered through the centuries — not only the water, but the mind transmitting it, in three simple, direct lines called haiku.” 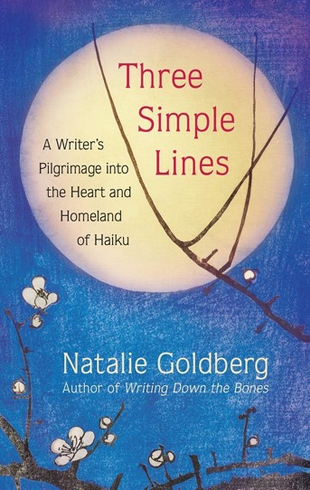