The Flag, the Cross, and the Station Wagon A Graying American Looks Back at His Suburban Boyhood and Wonders What the Hell Happened

By Bill McKibben
Rising to the political moment.

“There are, it seems to me, three ways to react to that heartbreak.

“One is to pretend it doesn’t exist, which is easy to do if you watch Fox News, the go-to network for older Americans (its median viewer is sixty-eight years old, which means half of them are above that). According to Fox, and to its Facebook friends, you don’t need to worry much about younger generations because they’re snowflakes who eat avocado toast while burning down most American cities and canceling everything that makes life worth living, such as Mr. Potato Head.

“And the third is to actually rise to the political moment and play some role in turning the clock back, or forward. Which isn’t entirely far-fetched.” 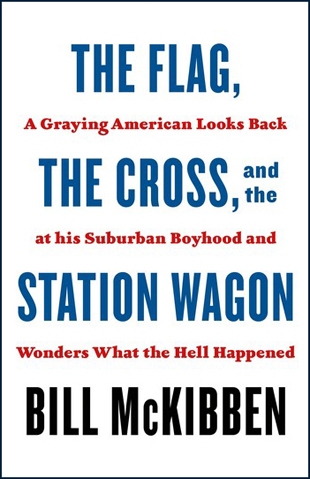