On Repentance and Repair Making Amends in an Unapologetic World

“In Hebrew, two different words, each with its own shade of meaning and weight, are used in the context of forgiveness. The first is mechila, which might be better translated as 'pardon.' It has the connotation of relinquishing a claim against an offender; it’s transactional. It’s not a warm, fuzzy embrace but rather the victim’s acknowledgment that the perpetrator no longer owes them, that they have done the repair work necessary to settle the situation. You stole from me? OK, you acknowledged that you did so in a self-aware way, you’re in therapy to work on why you stole, you paid me back, and you apologized in a way that I felt reflected an understanding of the impact your actions had on me — it seems that you’re not going to do this to anyone else. Fine. It doesn’t mean that we pretend that the theft never happened, and it doesn’t (necessarily) mean that our relationship will return to how it was before or even that we return to any kind of ongoing relationship. With mechila, whatever else I may feel or not feel about you, I can consider this chapter closed.

“Slicha, on the other hand, may be better translated as 'forgiveness'; it includes more emotion. It looks with a compassionate eye at the penitent perpetrator and sees their humanity and vulnerability, recognizes that, even if they have caused great harm, they are worthy of empathy and mercy. Like mechila, it does not denote a restored relationship between the perpetrator and the victim (neither does the English word, actually; 'reconciliation' carries that meaning), nor does slicha include a requirement that the victim act like nothing happened. But it has more of the softness, that letting-go quality associated with 'forgiveness' in English.

“Notably, the Jewish literature of repentance mostly deals with mechila, the former type of forgiveness.” 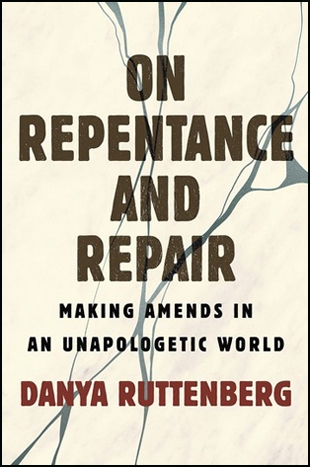