The Way of Simplicity The Cistercian Tradition

By Esther de Waal
Covers the most important dimensions of this spiritual path.

"The secret, hidden life of prayer is the most significant thing about the Cistercian way," writes Esther de Waal about this reform movement among Benedictine monks that originated in the twelfth century. There are at present 2,557 Cistercian monks in 96 monasteries and 1,883 Cistercian nuns in 66 houses throughout the world. They try to live a balanced life of prayer, study, and work. An old monastic saying goes that you can tell how a monk prays by the way in which he sweeps the cloisters. There is no separation between spirituality and everyday life.

De Waal profiles Bernard of Clairvaux, Aelred of Rievaulx, Gilbert of Hoyland, Guerric of Igny, Isaac of Stella, John of Forde, William of St. Thierry, and Thomas Merton who helped shape the Cistercian tradition. She covers the most important dimensions of this spiritual path including the Word, simplicity, integration, growth, love and knowledge, and the sharing of love. The Way of Simplicity is part of the Orbis Traditions of Christian Spirituality Series edited by Philip Sheldrake. 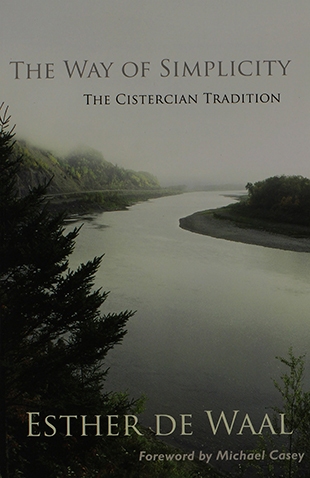