Sounding the Trumpet How Churches Can Answer God's Call to Justice

By Brooks Berndt, J. Alfred Smith, Sr.
A collection of letters in which a social justice minister is spurred on by the wise counsel of his former homiletics teacher.

J. Alfred Smith, Sr., former Senior Pastor for Allen Temple Baptist Church in Oakland, offers wise counsel to Brooks Berndt, a pastor of a church in white suburbia, who wants his congregation, like his mentor's, to prioritize the pursuit of justice and liberation. Both ministers have a connection with each other through the Graduate Theological Union in Berkeley, California, when Bernt was a student in Smith's preaching class.

They open this paperback with a dedication:

Smith and Bernt agree to write letters to each other about social justice as it is played out in their ministries and private lives. In response to the suburban minister's complaint that in his church, "the God of justice seems to be more a theory about life lived in a distant land rather than a reality lived each day," Smith admonishes him to be patient and to see that he is in the right place at the right time. Bernt shares his "Moses Project" designed to get members active in justice programs, and his mentor is happy to hear about it. In a sermon, the suburban minister preaches on Mother's Day about the leadership of Lois Gibbs' in fighting against the toxic waste dump beneath Love Canal. He calls her a Moses for our time.

Bernt keeps sounding the trumpet at his church with sermons on problems with immigration policies and the plight of poor children in America. He also understands that unions are allies in the struggle for justice. Both ministers see Howard Zinn as "a hero in God's modern Hall of Fame." When Bernt finishes off his Moses Project, Smith rejoices with him and tells him to take delight and satisfaction in what he has accomplished. 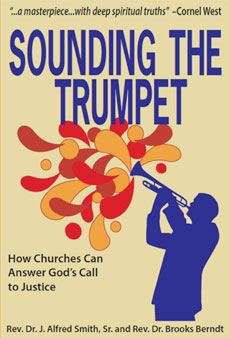