Hear My Prayer The Complete Audio Book of Psalms (NRSV)

By The Bible
Readings of the Psalms by poets, theologians, novelists, and others.

Down through the centuries, monastics have been encouraged to work with the psalms in a devotional or transformational context -- chanting, studying, and meditating upon them. These poetic songs have also been very popular with other clergy and lay people.

Paraclete Press has put together an impressive group of Christians to recite Psalms 1- 150 using the NRSV translation. Among the readers are James Martin, Sr. Joan Chittister, Cathleen Falsani, Paula Huston, Carl McColman, and many others.

Listening closely to the five hours of readings, we were able to hear in the Hebrew Psalter three major perspectives: the wisdom psalms with a hope in the divine order of things; the lament psalms as human beings struggle in a sea of troubles; and the hymns of praise where God is revered for creativity and grace.

As you make your own pilgrimage with these four CDs, you might want to supplement this journey with the spiritual insights of other explorations of these sacred texts:

Another perspective is offered by poet Daniel Berrigan in his Uncommon Prayer: A Book of Psalms:

"Long before I went to jail, my family and friends had accepted the idea that the scripture, more specifically the psalms, were our landmark, a source of sanity in an insane time. The psalms spoke up for soul, for survival; they pled for all, they bonded us when the world would break us like dry bones. They made sense, where the 'facts' — scientific, political, religious — made only nonsense. For me, the psalms gave coloration and texture to life itself; gave weight to silence, the space between words that, like the white Cezanne painting, intensify form and color, their other side, a sweet cheat, almost a third dimension."

Finally, another dimension of the Psalms is explored on this brief video of Walter Brueggeman, the Old Testament scholar, who probes the "vengeance of God" as revealed in the Psalms.

Click on "Search" at the top of this page and type in "Psalms" to find even more resources, including three volumes of commentaries by Sr. Joan Chittister. 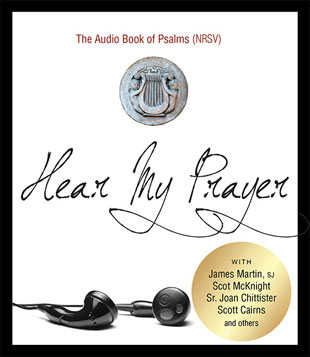