Prayers of a Roadside Contemplative

By Janet Shea
Poems and prayers illustrating the art and craft of everyday spirituality.

Janet Shea received her MFA in Creative Non-fiction from Spalding University, Louisville, Kentucky, in 2006. Her essays, articles, poetry, and short stories have appeared in many magazines and newspapers. In the last laps of her life, Shea decided to go through the journals she has kept for 60 years.

At first she thought she would pass them on to her children or leave them with friends. Then she changed her mind and decided to burn them, but not before taking her words and transmuting them into brief poems and prayers. As a Catholic, Shea made a final decision to use the elements of the Mass as a foundation for this collection.

What we like best about these simple and elegant prayer poems is that they illustrate the importance of everyday spirituality. Shea feels holy while pressing shirts and rejoices in the balm of chicken soup. She welcomes another day as a second chance and yearns to "get a better thumb on the pulse of her life." She talks about her practices, including setting a place at the table for someone who has been living elsewhere for years. 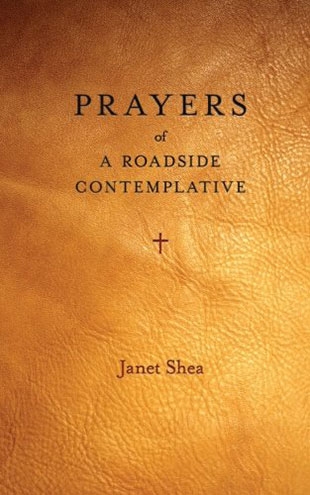