The Road to Character

By David Brooks
A good case for character development and a respect for enduring values and virtues.

David Brooks is a New York columnist and PBS commentator who picked up the nickname "comic sociologist " with his first two books, Bobos in Paradise, a very clever portrait of the 1960s when prosperity became a character value, and On Paradise Drive, an examination of the culture emerging from ever-expanding circles of suburban sprawl. In The Road to Character, his intention is to pay tribute to "a vast moral vocabulary and set of moral principles, developed over centuries and handed down from generation to generation."

Brooks introduces a group of "heroes of renunciation" from different eras and careers who have demonstrated useful and inspiring virtues such as humility, sacrifice, and a respect for limitations and human flaws. Among them are St. Augustine, Samuel Johnson, George Eliot, Dorothy Day, Dwight D. Eisenhower, and George Marshall.

These exemplars of character and inner life are, in the author's view, representatives of "Adam II." They are contrasted with the present generation of "Adam I's" who adhere to selfishness, greed, and a success ethic. Brooks expands this comparison by contrasting the "resumé virtues" where individualism and being a winner are honored in the marketplace versus the "eulogy virtues" where such character qualities as kindness and courage are exalted.

Near the end of the book, Brooks presents "The Humility Code" which contains these and some other images, insights, and virtues as markers of how to live:

Although Brooks uses theological and spiritual terms to bolster his understanding and affirmation of the maturity that comes with struggle and the slow development of character, all the material in this book can be seen as nonsectarian and nonreligious. A fascinating parallel is the way of Confucius who centuries ago modeled values, virtues, and the sturdy foundation of moral integrity! 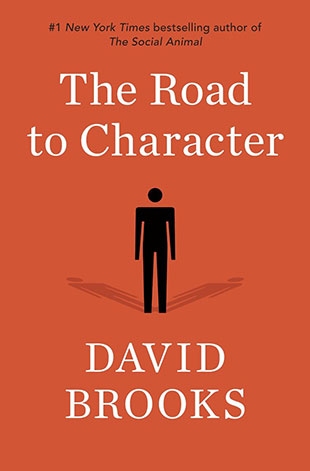