A Primer for Forgetting Getting Past the Past

By Lewis Hyde
An erudite survey of time and meaning.

"Memory and forgetting: these are the faculties of mind by which we are aware of time, and time is a mystery. In addition, a long tradition holds that the imagination is best conceived as operating with a mixture of memory and forgetting."

This erudite book by Lewis Hyde (The Gift, Trickster Makes This World, Common as Air) consists of citations, aphorisms, stories, and reflections the author has gathered and grouped around thematic sections on mythology, personal psychology, politics, and the creative spirit.

For example, he notes that one of the challenges of life is to relieve cosmic boredom by playing the amusing game of life:

"To play, you must be born into a human body, and to be born as such, you must forget the fullness of what you knew and work only with what can be known through the body. A human being is someone who has abandoned the boring surfeit of knowledge so as to come alive."

All around us is the blaring bad news of civil wars and the threats of nuclear holocaust. A long time ago, American writer Henry James said that "politics, as a practice" is little more than "the systematic organization of hatreds." Years later, Prague-born political scientist Karl Deutsch was in sync with him when he stated: "A nation is a group of people united by a mistaken view of the past and a hatred of their neighbors." Perhaps politics would be best served by not putting so much emphasis on the past and its hatreds.

Hyde roams freely in this book as he tracks down devotees of memory and those who would much rather forget. Both have left their marks and legacies upon history. We are beholden to this author for focusing our attention on their actions, thoughts, words, and deeds. 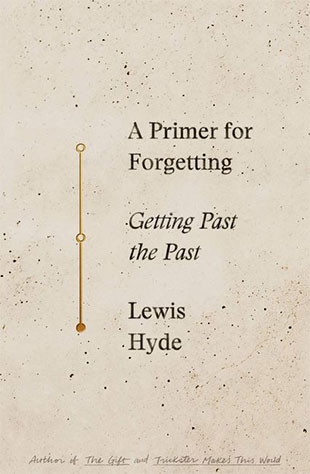