Forward Together A Moral Message for the Nation

By William J. Barber II
A call to find faith and spirituality in the fight for justice.

William J. Barber is likely best known for his work as President and Senior Lecturer of Repairers of the Breach, an organization dedicated to the intersection of faith and public action regarding how society treats poor people, women, LGBTQ people, children, workers, immigrants, communities of color, and sick people. He is a prolific preacher and activist who in recent years has served as the co-chair of the Poor People's Campaign, demanding action from the federal government on issues of systemic injustice.

This book tells the story of the birth and growth of his Moral Mondays movement for justice. Moral Mondays began as a way to address sweeping issues of poverty, racism, and discrimination as well as lack of access to jobs and healthcare. Although the movement began in his home state of North Carolina, the movement struck a chord with people across the nation, and quickly spread to other states. Moral Mondays are led by progressive faith leaders concerned with bringing morality back into the public sphere.

Forward Together presents short histories of different aspects of the movement as well as Barber's own words delivered to the people as they fought for justice. It is a compelling call to action rooted in profound spiritual faith. Barber brings together people from every corner of the social spectrum in order to address the profound implications of a nation built on tenets of racism, sexism, and classism.

This book is a powerful summary of the history of discrimination in North Carolina. It is also a deeply spiritual call for action oriented towards justice. It serves as a reminder to persevere despite looming obstacles that may stand in one's way. 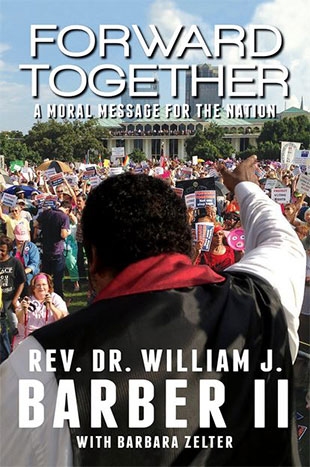