By William J. Barber II
A compelling exploration of the need for collective moral action for social justice.

While William J. Barber may be best known for his work in recent years as one of the architects behind the Moral Mondays and Forward Together movements, his activism reaches much further back. His work in the public sphere is prolific, and he currently holds the positions of President & Senior Lecturer of Repairers of the Breach, Co-Chair of the Poor People’s Campaign, Bishop with The Fellowship of Affirming Ministries, Visiting Professor at Union Theological Seminary, and Pastor of Greenleaf Christian Church, among others.

The Third Reconstruction offers a compelling history of the birth and growth of the Moral Mondays movement in North Carolina, grounded in Barber’s personal history. Barber argues that in this moment we are called to a third reconstruction in order to address the profound and highly organized systemic inequalities that face the United States today. He calls for a moral movement for all those who take issue with the racism, sexism, classism, and homophobia that pervade governmental policy. This volume is not simply an inspirational memoir of Barber's personal struggle, but a direct call to action for all those who read it. By walking the reader through his own growth as an activist, organizer, and preacher he is able to showcase why his movement works and what is at stake. Finally, he asks his readers to take action in their own communities, and to raise their voices to protest systemic injustice. For, as he states so many times, we can only move Forward Together.. 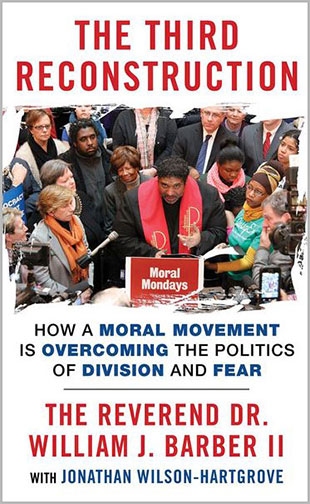