We Are Called to Be a Movement

By William J. Barber II
A rousing sermon about the need to join together.

William J. Barber II, known for his extensive activism and organizing, has come onto the public stage in recent years as part of the Moral Monday movement. Outside of his activism work, Barber is also an active preacher in his hometown of Goldsboro, North Carolina, visiting professor at Union Theological Seminary in New York City, President of Repairers of the Breach, and co-director of the Poor People's Campaign.

We Are Called to Be a Movement is not an ordinary book, but rather a single sermon originally delivered at the National Cathedral in Washington, D.C., in 2018. Barber weaves together stories of those rejected in our time with that of Jesus and a psalmist. He builds a rousing argument that demands that the reader take action against injustice in our time. He asserts that we must bring the rejected among us into the center of the work to rebuild society:

Barber's call for moral revival is rooted firmly in his Christian faith, and his belief that only by coming together across diversity and division can the true and just heart of America be found. This short book is an authoritative reminder of the power of those who have been hurt the most to create a better world. 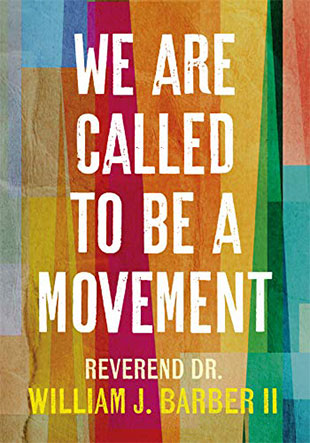