Praying with Our Feet Pursuing Justice and Healing on the Streets

By Lindsey Krinks
A timely memoir of activism and a call to action for the spiritually-minded to look outside themselves.

The inspiration for the title of this book comes from Rabbi Abraham Joshua Heschel, who after marching in Selma, Alabama beside Dr. Martin Luther King, Jr. famously said: “I felt my legs were praying.” For author Lindsey Krinks, this is an inspiration to embody her faith through action.

She has a graduate degree in theology and is the founder of a homeless outreach organization in Nashville, Tennessee. She grew up in the American South, familiar with racism and a legacy of violence and oppression.

Krinks tells powerful stories of her own movement toward and involvement in spiritual activism, and she writes: “It is the role of people of faith and conscience to stay awake, to raise critical questions about society, to stand on the side of the oppressed, and to refuse to let injustice have the final say.”

She also tells of how her activism has made many of her co-religionists uncomfortable. Friendships have been strained or lost. Invitations to speak have been rescinded just hours before the appointed time. On one such occasion, she describes what happened next: “I was a longtime member and had been a leader at that very service. I was even willing to compromise. But that wasn’t enough.... Would I attend, push past the wishes of the leaders, and try to speak anyway? In the end, I decided to attend the service.... I pressed a strip of duct tape over my lips.... I had been silenced, but I wouldn’t be invisible.”

This book will inspire people of religious faith who feel a calling to a more active expression of that faith in the public square. 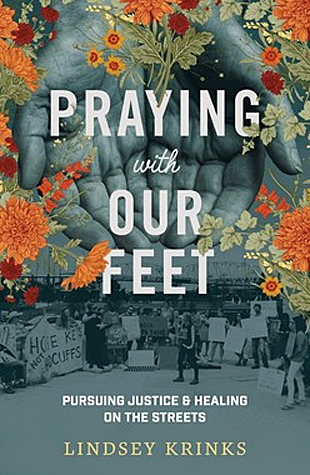